New album "Chronicles From the Realms Beyond" out now!

This is special edition with two bonus tracks (''The Hour of the King'' and ''Lords of Chaos'') of Numenor's 3rd full-length ''Chronicles From the Realms Beyond''. The album was recorded and produced in Paradox Studio by Srdjan Brankovic from 2016-2017 (while bonus tracks were recorded in 2018). Sandra (who has appeared also in Therion as a session singer) has done guest vocals on two songs: ''Moria'' and ''Beyond the Doors of Night'' and Marko Milojevic has joined the band as a drummer (this has made some of the major influences of band's style). For this special release the band has done completely new booklet and cover artwork (which was done by famous Serbian fantasy author Bob Zivkovic).
Numenor was found in 2010 by Marko Miranovic and Srdjan Brankovic. Band has recorded the debut full-length ''Colossal Darkness'' in 2012 which was later released in 2013 for Stygian Crypt Productions. In 2015 Numenor has recorded and published the 2nd full-length ''Sword and Sorcery'' for Stormspell records (USA). ''Sword and Sorcery'' brought much more attention to the band and it became later the crucial record. Later in 2016 Stygian Crypt Prod. has released special edition of ''Sword and Sorcery'' with 5 bonus tracks (most of these songs were recorded in the past before the band was found). In 2017 Numenor has recorded and published their 3rd full-length ''Chronicles From the Realms Beyond'' though Stormspell Records. The album also includes the cover version of ''Valhalla'' (Blind Guardian). After a year the band has released one more time special edition for Stygian Crypt Production including two bonus tracks. Moreover, Numenor has contributed with the cover of ''Riders of Theli'' on tribute to Therion compilation ''Blood of the Dragon'' (Stygian Crypt, 2018). 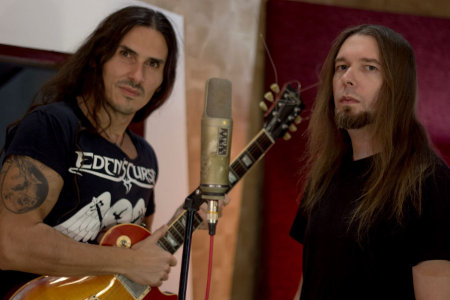