9th January will bring the grind split of Brazilian Expurgo and Polish Nuclear Holocaust, a release announced a few months ago. It will be limited to 300 copies of 12" vinyl available in two colour versions: black (200 copies) and clear (100 copies). The release is a collaboration of Fat Ass Records, The Child With No Name and Mythrone Promotion. The artwork was done by Marcin Studziński. 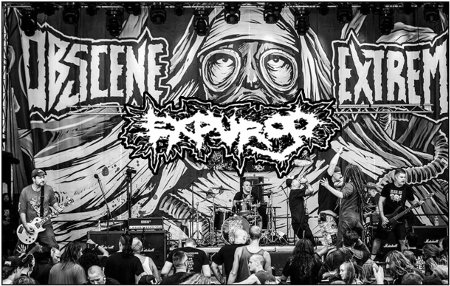 Expurgo is a Brazilian hurricane that has been blasting the lands on both sides of the Atlantic with its unique grind for 18 years. They confirmed their status with last year’s album "Deformed by Law" and an intense European tour ending with an amazing show at Trutnov’s Obscene Extreme Festival.
https://www.facebook.com/ExpurgoGrind/ 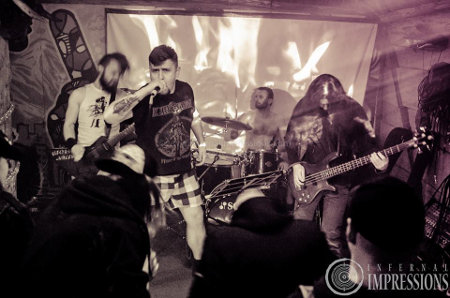 Poland based bombardiers from Nuclear Holocaust aren’t slacking off after releasing their second, well received album "Grinding Bombing Thrashing" in autumn 2018. After a short, winter break from shows they’re planning a new offensive and coming back with a new release.
https://www.facebook.com/Nuclearmetalpunks/

Rate this item
(0 votes)
Tweet
More in this category: « VEIL OF CONSPIRACY FEDRESPOR »