Sometime in September 2018, five individuals known for their work in some of the finest Dutch black metal acts around, entered a XIX century coach house to record the debut album of their newest endeavour, NUSQUAMA. The resulting six songs form Horizon Ontheemt, which shall be performed in its entirety at Roadburn.
Featuring members of Laster, Fluisteraars and Turia, it stands to reason to expect black metal boasting elements from the three bands mentioned and that is certainly true with regards to form and quality.
There's a melancholic - sometimes almost resigned - feeling ebbing and flowing throughout the songs, befitting of the story behind the NUSQUAMA name. The word is Latin for "nowhere," but, more importantly, it was the word used by Thomas Moore to describe both the necessity of a hopeful alternative, as well as its impossibility. The story goes that it was how he referred to what would become of Utopia. 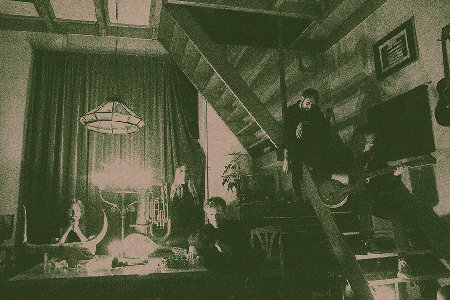