Thrash or be thrashed! Chilean heshers CRITICAL DEFIANCE are set to release their debut full-length, Misconception.
CRITICAL DEFIANCE goes straight for the jugular with their relentless and intricate brand of old-school thrash metal. Though spawned in the depths of Chile's underground, CRITICAL DEFIANCE bear all the markings of a band that came straight from the 80s Bay Area scene.
Following two demos and a limited-edition split with Santiago's PARKCREST, CRITICAL DEFIANCE signed with Unspeakable Axe Records for the release of Misconception. This eight-track album is an aggressive assault of violent riffs, shredding, yet melodic leads and shouted group vocals. 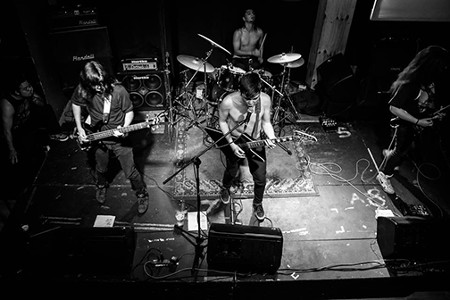