The Italian Bombastic/Symphonic Power Metal band ANCIENT BARDS really go to town on their fourth album "Origine". On its predecessor, "A New Dawn Ending", released in 2014, there were still audible parallels to Rhapsody, resp. Rhapsody Of Fire but even back then the lads and lass knew how to cleverly limit such similarities. The quartet around the strongly-voiced front lady Sara Squadrani always went its own way. The band might perhaps be polarising itself with its style, but this is simply a result of the members being consistent in implementing their musical visions and preferences. Their symphonic/epic Metal is cleanly thought through, exceedingly well played and the listener notices ANCIENT BARDS' enjoyment and conviction of what they do. Nordic legends and Japanese tales are the band's subjects which are encountered on all of their albums and of course also on "Origine". Fans of this style will certainly get their money's worth.
With "Origine", ANCIENT BARDS once again presents an album which not only shows the trademarks of the band, but one which has all the feelings of a cinema soundtrack. Once again they have taken a step forward with their epic influences, strengthened the orchestral parts and combined it with racing guitars to a distinctive mixture. "Titanism" soars ahead with amazing speed and a pithy melody line. Sara's voice tops off this track with all her vocal diversity. "Fantasy's Wings" is dramatic and heavy and demonstrates a wide epic spectrum . The final track of the album, "The Great Divine" shows a new sound in the Italians' repertoire. With its hard growls and almost racing parts as well as heavy grooving inserts, the band has come up with an extremely varied track. The ballad-like "Light" is a sweet, catchy number of radio-play quality, but without being deliberately made to sound as such. What you hear is the band being itself. "Origine" is an outstanding statement of epic-symphonic-bombastic music, perfectly balanced between concentrated heavyness and great melodies. 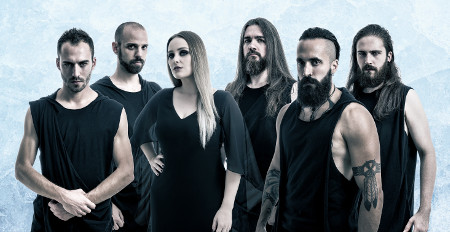 More in this category: « BLUE HUMMINGBIRD ON THE LEFT YESTERDAY IS HISTORY »