New album "We Who Are" out on December 14th!

Formed at the tail end of 1996, The Embrooks (Alessandro Cozzi-Lepri – guitar, vocals; Mole –bass, vocals; Lois Tozer – drums) were initially influenced by the moody, minor key mid-60s US garage common to the New England area, and made an LP and two singles in that style. They quickly changed course towards the more aggressive sounds coming out of the UK and Europe in that same period, a transitional style which came to known as freakbeat. Here, the band found their true calling, and delivered their highest profile LP, Our New Day for Bomp’s Voxx imprint. Numerous tours through the UK and Europe were undertaken, and they even found time to cross the pond into the US and Canada on a number of occasions. The follow-up LP, Yellow Glass Perspections saw the band incorporating more psychedelic elements to their sound, but still very much rooted in the aggressive mod-rock that had served them well.
As external commitments became ever more time-consuming, the band amicably parted in mid-2005, but now they're back!! Strong as ever, a little wider round the waist and greyer around the gills (the "Expanding Waistline Inevitable" as a friend was kind enough to point out!), but ready to knock your socks off! 2016’s “comeback" 'Nightmare’45 saw the group on top form, and now they’re ready to deliver their first full-length LP since reconvening! Recorded on 8-track tape at State Records’ custom-built North Down Sound studio, We Who Are is a distillation and refinement of everything the band has done up to this point, incorporating elements of garage, mod psych, folk-rock, hard-edged freakbeat.. .however you choose to define or label it, The Embrooks have “IT”!! 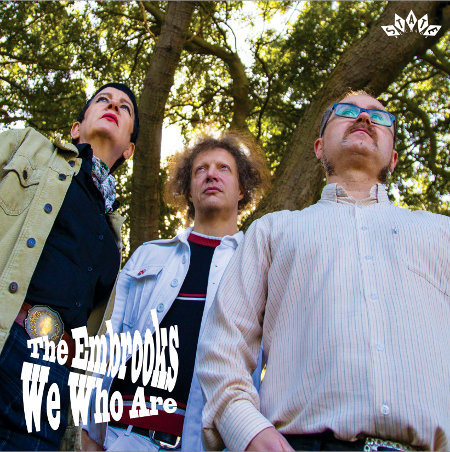