NUCLEAR HOLOCAUST is a new band born in Świdnik in April 2015. in August they released a demo called 'Mutant Inferno' which met with a very positive response – the band was offered shows at Into the Abyss Festival (along with Dead Congregation and Schirenc Plays Pungent Stench, to name just a few),  Mini Merciless Festival, and also in Ireland, along with the Dead Goats, in collaboration with  Polish Metal Promotions.
In the next few months 'Mutant Inferno' is released as split MC (Massacre Distro), split CD (Defense Records/Mythrone Promotion) and split 12'LP (Devil's Nun Records), in each case accompanied by different bands. The band's debut full lenght was released by Selfmadegod Records in 2016 and since then the quartet has played numerous shows and recorded new album “Grinding Bombing Thrashing”. 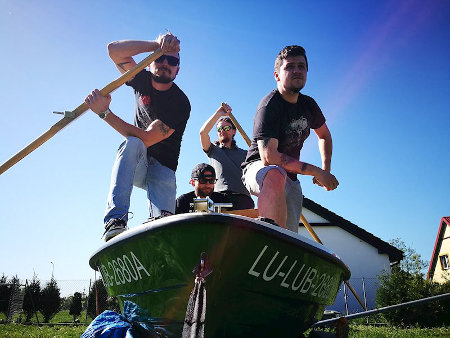 More in this category: « ANGER AS ART SIGH »