By now, it is well known that during the 1980s, the Brazilian city of Belo Horizonte spawned some of the most vicious underground metal the world has ever known. The axes of time, place, and influence converged in just the right way so as to yield an entire scene of young, nihilistic maniacs who formed a handful of bands that sounded and looked like nothing produced before or since. Sarcófago, Sepultura, Mutilator, and Insulter were just a few of the bands that created the unique style for which Belo Horizonte is now recognized. As with many similar nodes of time and place, the explosion of ideas was short-lived, and the aesthetic revolution that began in the mid-1980s evolved, changed, and, some would argue, got totally lost within a few years. By the late 1980s, many of the bands shed the rugged and youthful brilliance of their earlier recordings, resorting, instead, to a style that was more technical and sterile.
Holocausto, one of the bands most closely associated with the Belo Horizonte scene, fell prey to this pattern. Holocausto is best known for their appearance on the original Warfare Noise compilation in 1986, and the 1987 debut full-length, Campo de Extermínio. Steeped in martial imagery and featuring a harsh, combative sound, these recordings were among the most ferocious and hostile produced during that era. Shortly after releasing Campo…, the band underwent a massive lineup change. Guitarist Valério Exterminator and drummer Armando Nuclear Soldier left the band. Bassist Anderson Guerrilheiro remained, as did vocalist Rodrigo Führer—though he assumed the dual role of drums and vocals—and a new guitarist named Renato da Costa joined them. Over the next several years, Rodrigo, with Renato’s assistance, would lead Holocausto into decidedly different territory. Blocked Minds, released in 1988, and Negatives, which came out in 1990, were comparatively unremarkable thrash albums, and by 1993, Holocausto moved into industrial-metal territory with the album Tozago as Deismno, which, other than the band name, bore no resemblance to Holocausto’s earlier work.
After more than a decade of inactivity, Holocausto returned in 2005 with De Volta ao Front, an album that restored the band closer to its roots. It also marked Rodrigo’s reunification with original members Valério Exterminator and Anderson Guerrilheiro. Unfortunately, the band fell silent again, and it wasn’t until 2016 that Holocausto resurfaced with the superb War Metal Massacre LP, featuring the original lineup from the Warfare Noise session. Easily the best album in Holocausto’s catalog since Campo…, War Metal Massacre proved that it is possible for a band to reclaim its youthful potency decades later. Anyone who witnessed the wanton slaughter of Holocausto’s performance at NWN! fest in 2016 saw in action the band’s magnificent return to form.
Uncertainty has always loomed over Holocausto, and it wasn’t clear when, or if, the band would record again, but they have again assembled to produce a new demo. Recorded with the classic Campo… lineup (Armando Nuclear Soldier replaced Nedson Warfare on drums for this new demo recording), Guerra Total displays an even more genuine 1980s Brazilian sound. Recorded live using open air mics, this demo is raw and menacing in the very same way that the band’s earliest recordings were. Operating in militaristic uniformity, Holocausto’s performance is brilliant and brutal. The riffs are sharp, weaponized. This is the sound that Holocausto and their peers should have produced in the 1990s had they not been derailed. Quite simply, this may very well be the most authentic approximation of the mid-1980s Brazilian sound produced since that era. 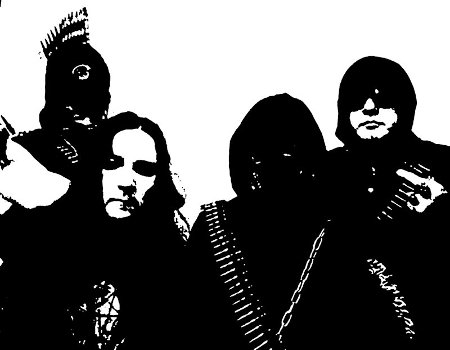 More in this category: « ITERU ICHOR »