Self-titled album out on November 2nd!

Grimoire Records presents the eponymous debut full-length album from Washington, DC-based progressive post-metal band MYOPIC.
MYOPIC was founded in DC in 2010. Originating as a four-piece, they self-released a straightforward death metal demo in 2011, followed by the Vacuous record in 2013, which showcased a new, darker, slower, and more introspective direction for the band. After parting ways with their death metal-style vocalist that year, the bassist and guitarist took on vocal responsibilities, recorded and released their first EP with Grimoire Records, Beyond The Mirror's Edge. Brooklyn Vegan called it, "stern but thoroughly un-kvlt American black metal," and praised the production and unconventional songwriting.
In 2015, MYOPIC joined forces with Appalachian black metal band Torrid Husk and released a split EP called Crawling Mountain Apogee. Here, MYOPIC continued their progression towards slower, longer and more sprawling compositions. Bordering on concept album territory, their approach received critical acclaim from a host of mags including Invisible Oranges who stated, "a band that can tie a story together without relying on their scream is a band worth your time."
MYOPIC followed this wave of commendations by locking themselves up in their practice space and only coming out to play the occasional show, one being Shadow Woods Metal Fest in 2016, dedicating the entire expanse of time constructing their first proper full-length album. In the winter of 2017, the band returned to the studio to record their eponymous full-length with Grimoire Records' Noel Mueller who recorded, mixed, and mastered the material. The record was completed with artwork by Casey Drogin and layout by Noel Mueller.
Featuring eight tracks and more than fifty-five minutes of expansive material, the long-awaited album fulfills the progression MYOPIC has made as a band, ranging widely from death metal, to black metal, to post-metal, and doom, at one moment reminiscent of Krallice, and the next of Yob. 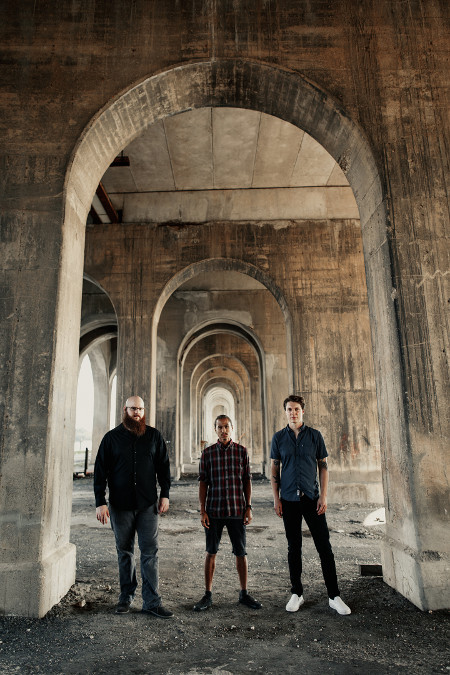