Their 3rd album 'Moira' will be released on Painted Bass Records on October 11th!
Moira is is the heaviest & darkest release of the band. Moíra means fate in Greek, and the concept of the whole album derives from The Moirai, who are the incarnations of destiny, and symbols of the Underworld in Greek mythology. The gloomy, yet powerful songs were inspired by the theme of death, the unseen, the mystical Otherworld and afterlife. After elevating to the starry skies of Ourania, the story continues with the descent to the underworld by passing through the gate of The Moirai. 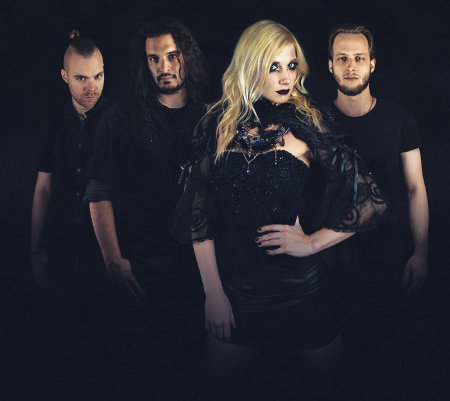 More in this category: « DOLLS RAIDERS BAD AS »