Behind every legend, there's always a tiny bit of truth. While it's obviously still open to debate how much credit one must give to the Buckriders mythos - or 'Bokkenrijders' in their native tongue, the various gangs of thieves or who kept under their thumb the southern part of Holland throughout the 18th century by pretending they had signed a pact with the Devil and rode through the cold northern sky on the back of flying goats - it's still make one hell of story. And the prefect setting for an extreme metal album such as RITUALS OF THE DEAD HAND debut, “Blood Oath”.
This brand new band was put together by two members of Belgian instrumental post-rockers HEMELBESTORMER, on Vàn Records. After the latter was done writing for their second album, their guitarist Filip Dupont felt the urge to dwell back in the same type of epic black/death genre his former band GORATH had became famed for, especially on their final album “The Chronicles of Khiliasmos” released in 2012.
Recorded throughout 2017 and mastered by Patrick Engel at the Temple of Disharmony studio, “Blood Oath” is like the audio equivalent of famous 1922 Swedish silent movie Häxan about witchcraft. Far from our now computerized and PC-controlled society, with its four lenghty tracks (ranging from nine to eleven minutes) and very cinematic interlude ('The Gathering') and doomish passages, it takes the listener back into an age where superstition and local folklore still permeated all those small religious communities, with the story being told from the Buckriders' perspective. Actually, the cover artwork is a custom made painting of and old tree nearby their hometown where the vilains were said to gather around before launching another of their killing spree. So, truth or legend? Simple folklore or further proof that the Devil is always lurking somewhere in the shadow, especially behind man's vilest deeds? Whatever your answer is, one thing is sure: with “Blood Oath”, the Buckriders will ride again! 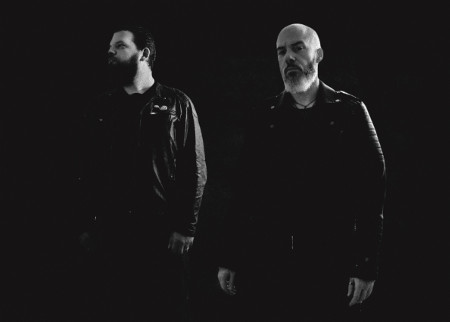 Rate this item
(0 votes)
Tweet
More in this category: « ASHES OF ARES VOODUS »