Saturnal Records sets November 9th as the international release date for Vuohi's long-awaited debut album, Witchcraft Warfare. Ultra-violent and thrashing, Witchcraft Warfare presents death-reeking black metal with lyrical themes of war, the occult, and especially Nordic mysticism and mythologies. Long-brewing to say the very least, with this debut album shall Vuohi rudely and righteously display their development over the past decade and a half.
Vuohi's roots begin in 2002. Back then, they began as a goregrind-oriented death metal band; despite few releases, they've been active in the deep black metal underground. But over the course of many years and numerous concerts and several demo recordings, Vuohi's musical amalgam truly ripened, emerging with a melancholic yet still hateful approach. Gone were the gore lyrics; what remained was blistering, blasting aggression and truly catchy songs.
But that is all in the past - here, there is only the present. In Vuohi's present is the aptly titled Witchcraft Warfare. As a debut album, it is shockingly concise and masterfully meticulous. Their songs surge and hammer with brutal efficiency; each note and phlegm-drenched rasp is placed exactly where it needs to be. The production is savage yet surprisingly clear, with each element rendered in rich and robust tones. The overall approach may bespeak black metal on the surface, but the band's twisted personality shines through, giving the album something of a crossover appeal to all battle-hardened extreme metal fans. And in a swift 'n' striking 27 minutes, Witchcraft Warfare accomplishes its goal: total annihilation.
Finland's long-infamous black metal scene may have spawned myriad styles, but an original tenet has been the scene's favoritism for classic grind. Vuohi uphold that proud tradition laid down by the likes of Impaled Nazarene, Archgoat, and Belial among others, and hereby offer as arsenal Witchcraft Warfare. 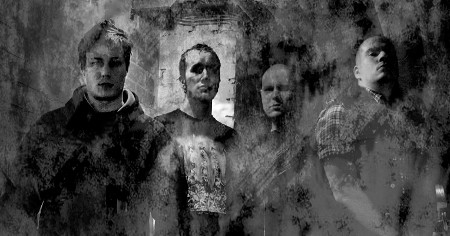