Adding yet another string to their already impressive Progressive bow, Karisma Records have inked a deal with OAK, and will release the band’s sophomore full-length album “False Memory Archive” on the 19th October.
Starting life as a folk-rock duo, OAK’s current lineup of Simen Valldal Johannessen on vocals, piano, keys and lyrics, Sigbjørn Reiakvam on bass, acoustic / electric guitars, banjo, keys and programming, and Øystein Sootholtet on Drums, percussion, programming and keys, come from a diverse background that spans classical piano to electronica, prog- and hard-rock, and includes references to the alternative scene as well as progressive rock. The pulling together of all these different elements and skills helped create the rather unique OAK sound, and resulted in the 2013 release of the band’s debut album “Lighthouse”.
It’s now five years later, and OAK are back with “False Memory Archive”, which, with its nods in the direction of “Lighthouse”, make it a natural continuation of their debut. Meticulously crafted, with an increased use of electronics and low bass frequencies, “False Memory Archive” is both darker and groovier that its predecessor, whilst still maintaining that familiar Oak sound, which is neither wholly progressive pop, nor progressive rock, but a happy amalgam of both.
Having taken several steps both as songwriters and musicians, OAK have succeeded in producing a sophomore album that ended up in a slightly darker and more progressive territory, but one in which the light still shines through in the shape of catchy elements and stunning vocal harmonies, which create that unique duality that defines them as a band.
Recorded in Oslo at the Ljugekroken Studio and the Tøyen Church, “False Memory Archive” was mixed and mastered by Jens Bogren and Oak at the Fascination Studios. With front cover artwork by Lisa Love and design by Deformat, and featuring a guest appearance on guitars by Bjorn Riis. 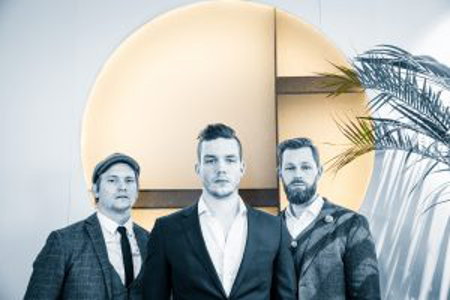 More in this category: « CANCER ATRAMENT »