New album "Within A World Forgotten" out on September 14th!

Boise, Idaho’s INFERNAL COIL presents their debut full-length, Within A World Forgotten, set to be unleashed through Profound Lore Records on September 14th. INFERNAL COIL has also been confirmed to support Sumac and Dälek on a run of East Coast North American dates at the end of summer.
INFERNAL COIL’s 2014 demo Burning Prayer of Infinite Hatred gave listeners a glimpse into the fury and dissonance the band delves into through a barrage of blast beats, roaring guitars and guttural vocals. And as witnessed with their follow-up EP, Bodies Set In Ashen Death, it saw the band explore more complex, enchanting boundaries that would serve as a harbinger to what would eventually culminate to horrifying intensity into what would become Within A World Forgotten. The musical dichotomy speaks to INFERNAL COIL’s conceptual themes of the natural world’s paradoxes, contrasting the beauty and chaos of nature, as well as humankind’s seemingly inevitable self-destruction.
Brutal, unrelenting, transcendental ashen death metal, INFERNAL COIL’s Within A World Forgotten is an artistic expression mired in vast dark atmosphere through the many layers of sound, ambience, and noise that cast an enveloping shadow throughout the thirty-six minutes that encompass this overbearing work. The album was produced by Billy Anderson (Bell Witch, Leviathan, Red House Painters, Amenra) and features artwork by Adam Burke.
With the band having just completed a massive US tour alongside Primitive Man and Celeste, INFERNAL COIL will be heading out on the road again just prior to the release of Within A World Forgotten. The newly-confirmed tour will see the band out with Sumac and Dälek from September 2nd through 16th. 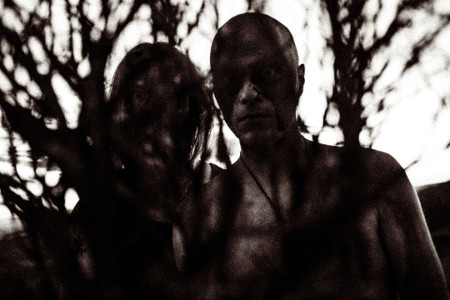 More in this category: « SUNFLO'ER DOWNPOUR »