"The Worst" re-issued on August 24th!

Greyhaze Records is proud to announce the August 24 reissue of Sarcófago's The Worst on vinyl and cassette formats.  The reintroduction of this classic album for the first time on vinyl and tape, complementing the already-existing CD version, comes with massive audio and visual improvements. The album’s audio went through a high-quality remastering process, including audio sourced from original master tapes. The Worst’s reissue also comes with an expanded visual package including previously unavailable photos from the album’s photo session.
Originally released in 1996, Sarcófago's The Worst was to be the band’s last full-length album. Despite criticism on its use of a drum machine, the album serves as a manifest of Metal’s elemental counter-culture stance. It was a spit in the face of the then emergent rise of canned, subpar versions of heavy music such as Grunge and Nu Metal.
Sarcófago's The Worst is so much more than the cheap criticism it has received over the years. It is one of the most cherished offerings by the band and a clear symbol that despite attacks on its very essence, true Metal cannot be tamed or boxed into a palatable package. True metal should be wild, non-conforming, bizarre satanic noise. 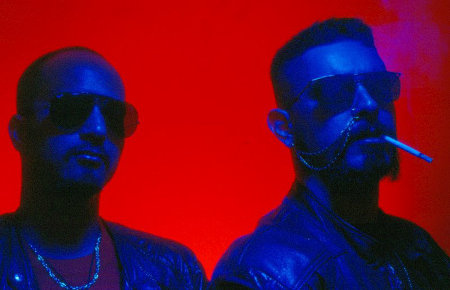