Career-Spanning Best Of… from Metal pioneers!

Often referred to as America’s answer to Black Sabbath, BANG is one of the most unsung bands in the history of US hard rock. Toting the heaviness of Birmingham’s finest, Led Zeppelin and the dirty groove of Grand Funk Railroad, BANG released three critically acclaimed albums on Capitol Records in the early 70s, inadvertently going on to establish the heavy genre that is now universally known as proto-metal.
Busting out of the turmoil of the post-psychedelic ’60s, BANG’s 1971 self-titled debut is considered an important forerunner of the early Doom Metal genre with Decibel Magazine hailing it as a, “landmark album in the badass pantheon of metal,” and inducting it the Decibel Metal Hall of Fame. Yet, as richly deserved as that honour is, BANG were no one-trick pony. Undoubtedly one of America’s heaviest proto-metal bands they also had a strong sense of melodic power, versatility and their song writing skills were second to none.
In the summer of 1971, Frank Ferrara, Tony Diorio and Frankie Gilcken hit the road, driving from their native Philadelphia area to Florida to try their luck. While buying rolling papers in a record store, they learned of a Small Faces and Deep Purple concert nearby in Orlando. Brazenly, they showed up at the venue and declared they were ready to go on stage. The concert organizer asked them to set up and play for him and after a handful of songs, the band found themselves opening for Rod Stewart and Small Faces. Before they knew it, BANG was playing with Bachman Turner Overdrive, Deep Purple, Three Dog Night, Fleetwood Mac, Ike and Tina Turner, The Doobie Brothers, and even Black Sabbath. Capitol Records signed them, and three LPs were subsequently released.
Highly regarded as a cult act by many for years, it’s now time for this truly amazing rock band to be enjoyed by a new audience worldwide. On the heels of the publication of the complete band history book, The BANG Story, Ripple Music is thrilled to announce the first ever Best Of… compilation from this historically heavy and fascinating band. The Best of BANG features eighteen of the band’s best-loved and heaviest songs from their Capitol Years, personally curated by Ripple Music and the band themselves.
For all those who’ve longed to dig into the band’s history, there is no better place to start than the Best of BANG. Available worldwide on double vinyl LP with gorgeous gatefold, featuring rare photos, a cover featuring the original BANG girl and liner notes by esteemed music journalist, Sleezegrinder, Best of BANG is also available on digipack CD and all digital music formats.
Best of BANG is by BANG is released worldwide via Ripple Music on 20th April 2018. 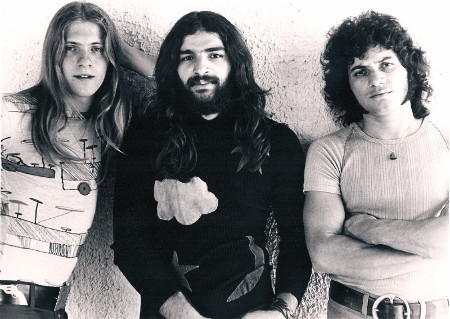 More in this category: « CRONE HAUNTING »