New album, "Emptiness Fills The Void", to be released on May 25!

After years of intense work, touring and improvement, Swiss blackened death force STORTREGN are proud to present their fourth album.
"Emptiness Fills The Void" contains nine original tracks, melting both baroque influences and blackened death metal madness. Stortregn is ready to unleash it’s fury to the world. The album marks a new zenith point in their discography, as it's the most personal, inventive and extreme music written by the band to date. The music of Stortregn is straight to the point and has constantly evolved, giving them the right to claim, high and loud, their strong musical identity.
To give this album the aura it deserves, they hired the revered Daniel Seagrave to create the artwork, and recorded the album at the prestigious Conatus Studio with Vladimir Cochet (Mirrorthrone, Weeping Birth).
Playing with violence, blast beats, and killer riffs is what the band is about. At each of their thunderous live appearances, Stortregn ravage the place until the smallest shred of human skin is marked. The five members, tight as a hungry wolf-pack, energetically release their inner storm to transform every show into a dark and metallic mass of death, with precision, quality and professionalism. 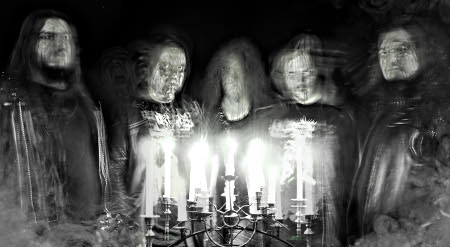 More in this category: « TREMONTI BORNBROKEN »