Fields of Troy is a five-piece band from Belgium, that provides all the elements of a metal band with the combination of speed and heaviness, all wrapped up in a package of melody.
Influenced by bands like Alter Bridge, Mastodon and Alice in Chains, Fields of Troy has worked hard to successfully build up a nationwide fan base and continues to surprise either live or on record. Seeing the light of day in 2010 and releasing a first successful EP in 2016, it goes without saying that the band has taken their time to find the ideal line-up before actually getting to where they are now.
The EP Hardship has opened many doors and got the band playing some of Belgium's finest festivals and sharing the stage with some amazing bands (Sepultura, Vader, Destruction, Dog Eat Dog,...).
In 2017 Fields of Troy signed a deal with JBM Events (Tilburg) and in March 2018 they will release their first full album "The Great Perseverance" on Painted Bass Records, promising to deliver a unique combination of songs that will leave you wanting more and more after every spin. 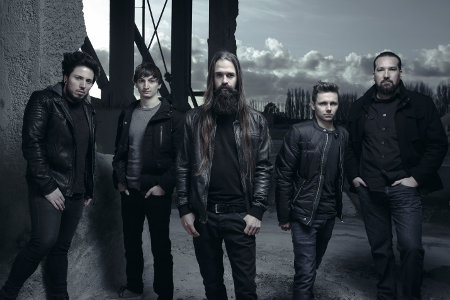