New album "Lizard Secrets" out on May 15th!

Emerging in 1995 in Torino, Italy, Airborn have released four albums: Against the World (2001), D-Generation (2003), Legend of Madog (2009), and Dark Future Rising (2014), plus the live album Dinosaurs: 20 Years Live (2016). Having played tours, shows, and festivals with bands like Iron Savior, Fates Warning, Freedom Call, Paragon, and many others, Airborn have been building a solid reputation within the European power/heavy metal scene during their 23-year career.
Lizard Secrets is the band's fifth full-length studio album, and it's the first installment in a trilogy of albums. Here, we can find many international guests, including Claudio Ravinale of Disarmonia Mundi, Jan Bertram of Paragon, Alexis Woodbury of Instanzia, and Marius Danielsen of Legend of Valley Doom and Darkest Sins. 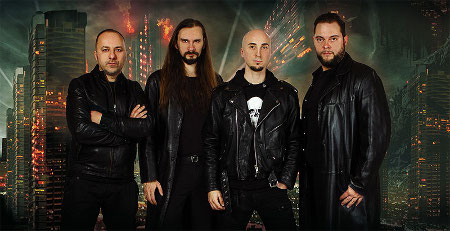 More in this category: « MEPHORASH DISTRUZIONE »