Extremities is a progressive/groove metal band from Eindhoven, the Netherlands and was founded in 2015. Their music can best be described as a tasteful mix between Textures, Gojira, Monuments and Opeth. The songs are dynamic, combining heavy riffing with smooth ambient guitar melodies, and alternating between catchy clean hooks, often fast paced harsh vocals and tonal screaming. Extremities tears stages apart with their energetic live performance and leave the audiences amazed and hungry for more.
The band was coached by members of Textures, Epica, Within Temptation and Alkaloid. After being together for only a short while performances were given on Dynamo Metal Fest, Baroeg Open Air, Eurosonic Noorderslag and Complexity Fest among others. Stages were shared with names like Anthrax, Textures and Ihsahn. In 2016 the band have released their debut EP “Rakshasa“ at Dynamo Metal Fest in front of 5000 people. This EP got extremely positive reactions throughout the country and abroad. Extremities began recording their follow-up album in the summer of 2017. After touring a month through Europe with progressive metal titans Textures, Extremities released their first full length album, “GAIA“ on January the 18th. 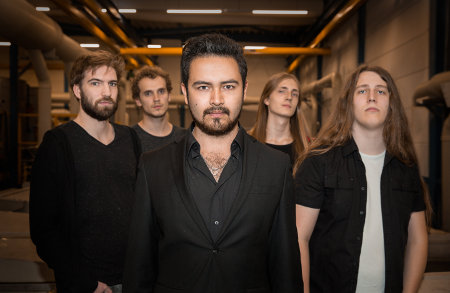