Second album "Dying To Feel Alive" out on November 9th! 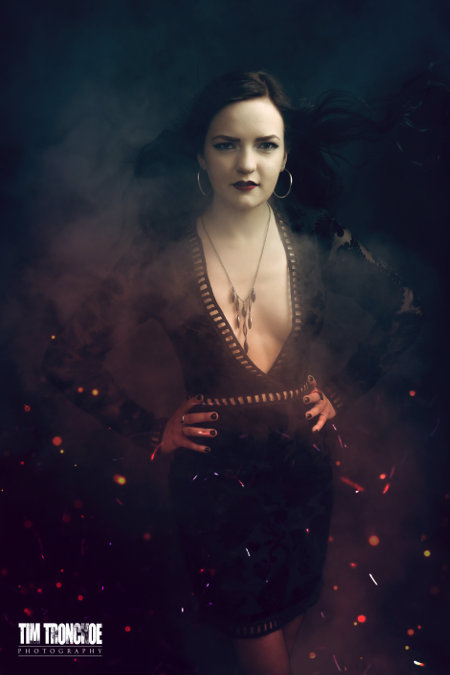 Beyond God as you experience it right now has Meryl Foreman on vocals, Twan Smolders on guitars, Lukasz Kubaszak on bass and founder Ferry Guns on drums/piano/orchestrations. In 2016 they released their first full-length album called ‘A Moment Of Black’ and toured successfully in multiple countries, gaining fans all over the world.
Since the release of the debut album, the journey of the second began. For this one, band cooperation would play a big role in writing the songs. They wanted to grow in their sound, making it more modern metal with aggressive riffs and a dynamic rhythm section. This all combined with the atmospheric, dark orchestral vibe and melodic vocal lines that characterize Beyond God, results in an amazing sound. The album had to have a close connection to the listener by touching life topics and via lots of power but with a wide emotional range, from bright dreams to dark fears. This was achieved by having soft bright sounds, dark aggressive noises and memorable vocal lines, all in one album. To grow even more, cello and choir were recorded. As something new and different, a duet with John ‘Jaycee’ Cuijpers was realized. The final results are truly satisfying!

More in this category: « HOUSTON HANGMAN »