Sigma is the eighteenth letter of the Greek alphabet. It is the initial of the Greek word for Silence.
Sigma is also used as a symbol for the summation operator. "Silence has the sound of shame". We are submissive to unspoken rules of obedience, which are sealed with a spiral of silence. Our chains are bound to break by speaking out as a mass, as a musical ensemble willing to sing out liberation.
Mother of Millions is a five-piece progressive/alternative metal band from Athens, Greece, formed in 2008.
The sound of Mother of Millions can be described as equally massive as cinematic. An intense experimentation involving elaborate rhythms, folk aesthetics and progressive rock tunes. 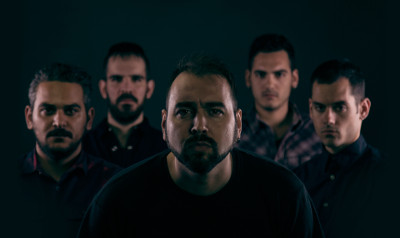 In 2014 the band found itself ready, in terms of finding its own identity, to release its first, critically acclaimed, concept album "Human" (Turkey Vulture Records / Bungalo Records / Universal Music Group Distribution USA). Following the album's release, the band got busy, performing live, presenting, at most occasions, Human in its entirety. Along the way the band has played in many venues and shared the stage with established acts, such as Leprous, Septicflesh, Oceans of Slumber, Sleepmakeswaves and Paul Di'Anno. Most of their live performances have been featured in websites and magazines that cover the local scene.
During the spring of 2017, Mother Of Millions finished the recordings, mixing and mastering of "Human's" successor, their second concept album "Sigma". The band has signed a deal with ViciSolum Records and is about to release "Sigma" on November 3rd 2017.

More in this category: « DEAD EXPRESS HOUSE OF BROKEN PROMISES »