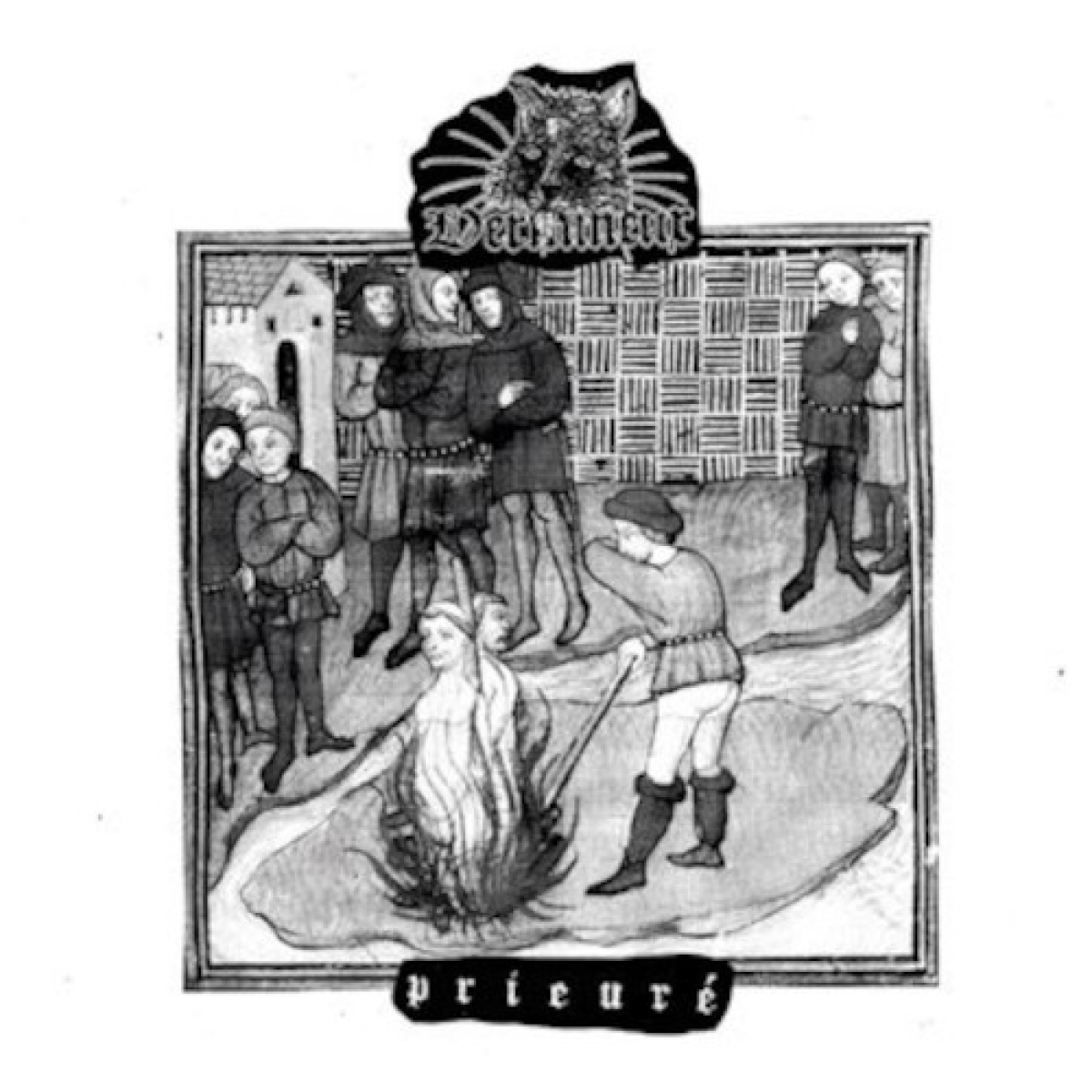 The name VERMINEUX should not be unknown to those who follow the crimes of PURITY THROUGH FIRE, for the band's two demos to date have been reissued by the label. Likewise, VERMINEUX is the work of Spectre, erstwhile found of the esteemed Minenwerfer. However, whereas that band focuses on World War I, with VERMINEUX does Spectre focus on the 14th Century, particularly the plagues and warfare rampant during those times. Here, he delivers a surging seven-minute epic titled "Ashes" and then a reverential cover of Vlad Tepes' "In Holocaust to the Natural Darkness." But those expecting the Black Legions to loom large over split-mates PRIEURÉ, who indeed hail from France, will be in for a surprise with their primary track here. Following its brief but stage-setting "Intro" flowing into it, "Le Sang" is a wild 'n' wanderlusting epic, alternately invigorating and sorrowful. Mainman Sans-Visage (the English translation says everything) exhibits trademarks of much millennial French black metal - be it the undulating medievalism of the post-Sühnopfer school or the more recent wave of "elevated hooliganism" - but the ever-unfolding track is staggering in its stand-alone vision.