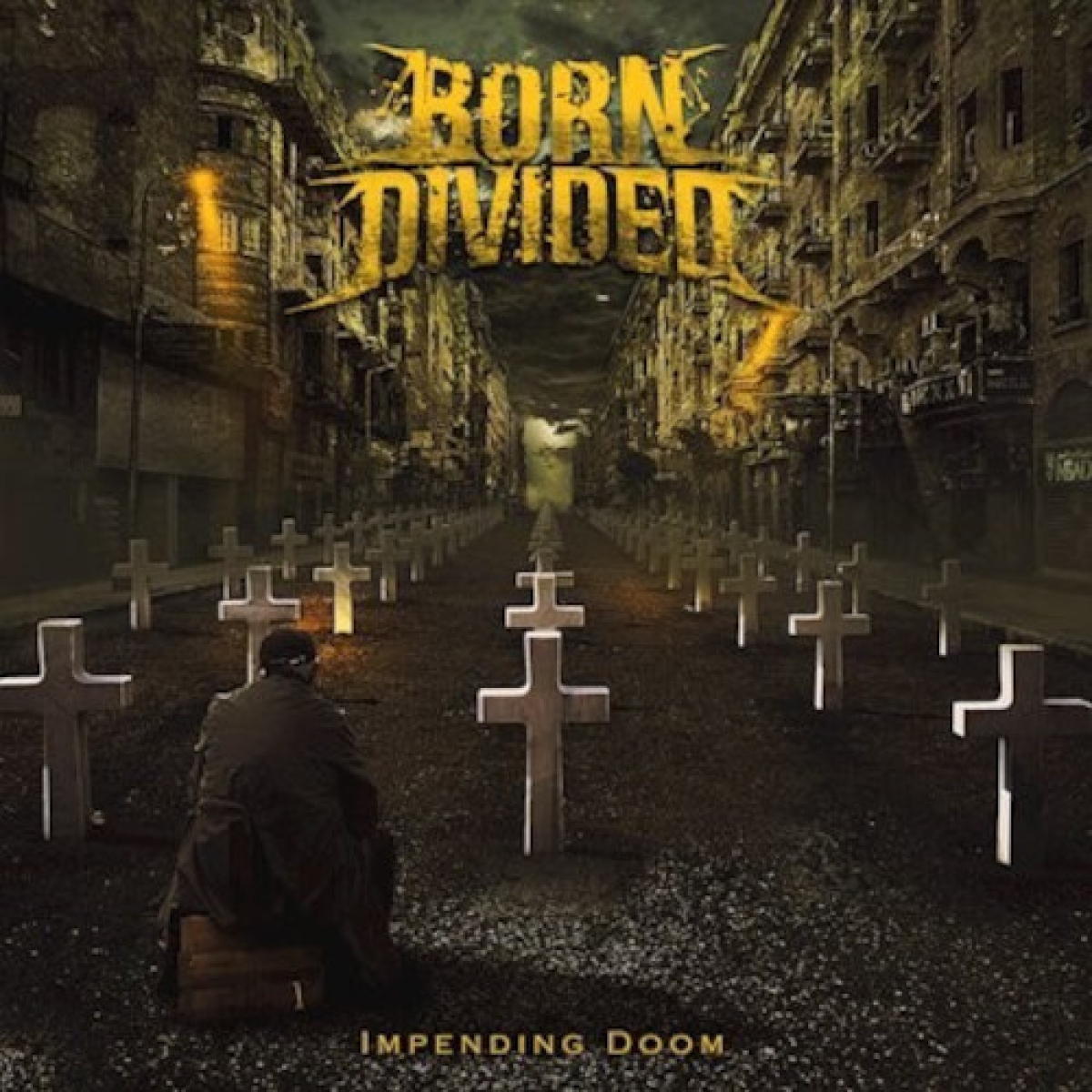 The melodic death metal act Born Divided comes from the remains of Blinded By Faith when bassist Tommy Demers decided to pick up the bass instead of staying solely on vocal duties. He brought in guitarist Michael Beaudoin, also from Blinded By Faith; guitarist Fred Bedard; drummer Lucas Biron; and Maxim Levesque on vocals. Together they are bringing forth a debut album “Impending Doom”.
“We are very proud to show our first album “Impending Doom”. A lot of work went into this. We really wanted to incorporate our musical influences into this. We wanted every riff and beat to have its own colour. We like to go from prog to death, brutal to melodic. We like to surprise the listener with some radical changes in terms of sub-genre while keeping the listening experience as entertaining as possible.”
With “Impending Doom”, Born Divided intends to deliver the kind of experience that will feel new and unique. An experience that doesn’t feel like something you’ve heard before. They kind of just came to be, Demers had written some of these songs around 2015 and brought those forward for the album. Fans can expect a second album coming at a much quicker pace as they have already started the writing process of the next one.
Within “Impending Doom”, listeners can expect some clean singing along with some deadly growls, riffs that rip, and amazing and tasteful drumming that breathes music.