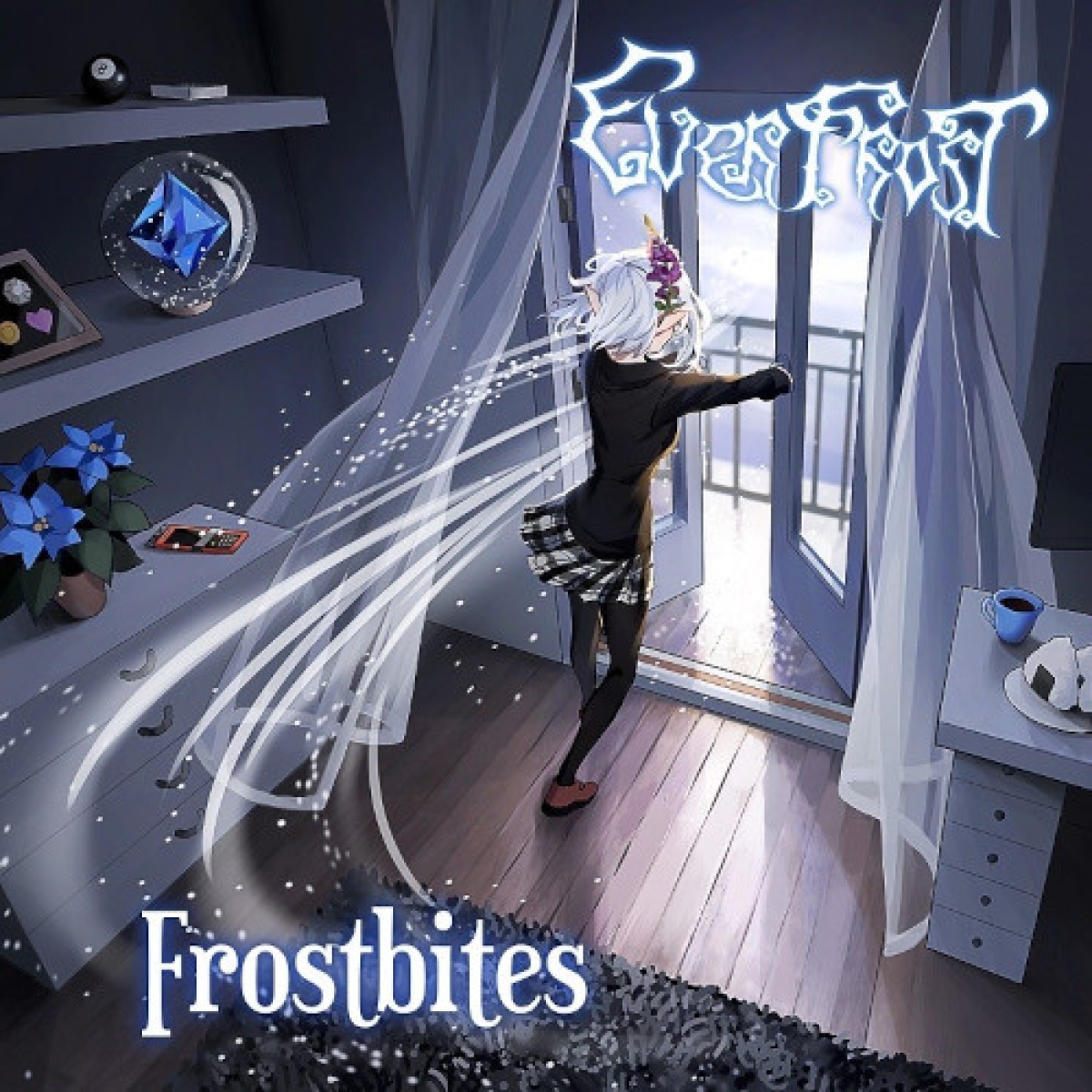 EVERFROST is a Finnish symphonic power metal band known for incorporating Japanese anime and manga influences into their music, visuals and storytelling.
Metal fans and anime enthusiasts alike have described EVERFROST numerous times as the band they were always looking for as the music is created from a passionate desire to energize you, make you happy and take you away from the struggles of everyday life.
The familiar influences of classic and modern Finnish heavy metal (Nightwish, Beast in Black, Sonata Arctica, Wintersun etc) are present in the EVERFROST sound, however the band’s trademark wintery style combined with elements from non-metal genres such as eurobeat, dance pop and anime music bring a unique freshness to the mix. The result is an addictive cocktail that has proven to find its way into a wide variety of playlists, DJ sets, parties and live events.
Another big reason people fall in love with EVERFROST is because of how immersive the band’s universe is. Each album features ongoing stories of a group of characters living in a cursed city, sealed off from the world. The concept is inspired by the ‘secret cities’ experiments established during the Cold War.
The band’s latest full length album ‘Winterider’ was in particular quite a unique release in the metal world, being a concept album featuring this world and characters in a fully coherent manga comic, following the story and working in tandem with the songs. It received critical acclaim and high scores from multiple well-known metal media outlets such as Kaaoszine, Powerplay Magazine, Bravewords Magazine and Tuonela Magazine. “9/10 The next great power metal band.” -BRAVEWORDS
The album also made it to Disk UNION Japan’s top 10 charts for two weeks, charting at number 1 for the first week.
The band also won Tuonela Magazine’s ‘best new discovery’ award for 2019.
While the music may sound energetic and cheery, the lyrical themes are usually dark, melancholic and vulnerable, dealing often with escapism through fantasy and entertainment, death and loss, social isolation and hardship. These feelings and ideas are manifested in the stories and characters, however the core inspiration stems from how cruel and cold the real world can be at times. This combination of happy music with sad lyrics empowers listeners in whatever stage they are going through or have been through in their lives.
The band features keyboardist and songwriter Benji Klint-Connelly, guitarists Samuli Heiskanen and Joose Ylianttila, bassist Roi Partanen and drummer Jope ‘James’ Salminen. Past members have included vocalists Hew Wagner and Mikael Salo (Thy Row, Dyecrest). The band has also featured and worked with many other esteemed musicians such as Rob Lundgren (Mentalist, Reveal), Yannis Papadopoulos (Beast in Black), Asim Searah (Damnation Plan, ex-Wintersun), Sara Strömmer (Shereign, ex-Fear of Domination) and Bini Silvennoinen (Blame Me!).