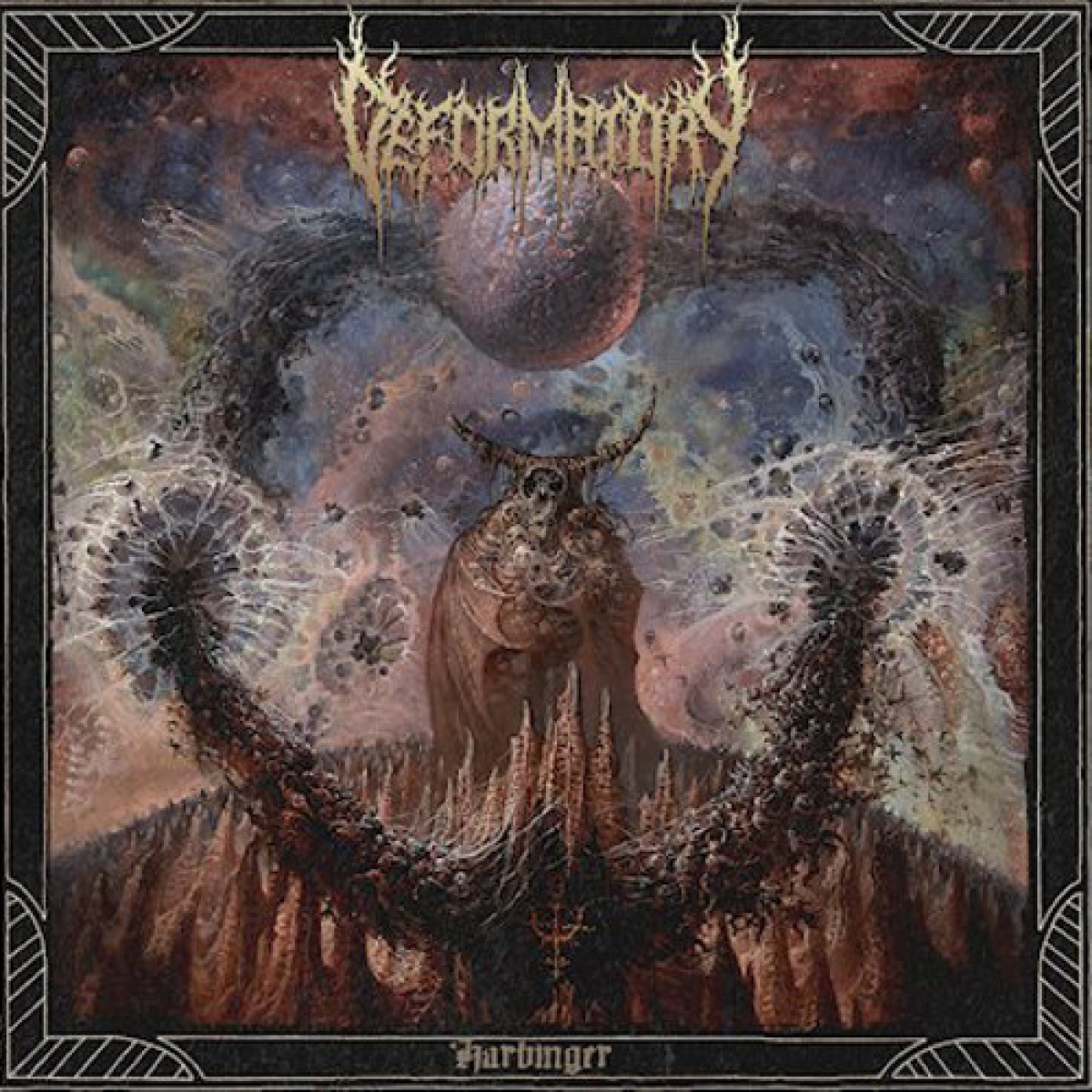 Harbringer is the next slab of ferocious Canadian death metal from the powerhouse duo of guitarist/vocalist Charlie Leduc and drummer Neil Grandy refuse to acquiesce to the weakness of modern metal, they reach deep into the abyss of infernal intensity to deliver a new offering of blistering madness.
According to the band, the lyrical inspiration was derived from an internal, vitriolic response to current world affairs and an innate compulsion to destroy. The writing style for these lyrics is more poetic and concealed in allegory to maintain their dark & destructive aesthetic. The band shares their thoughts on the album and what’s in store for fans, new and old alike: “It’s a violently heavy and jam-packed album that has a little bit of every aggressive genre wrapped in brutal death metal packaging. We know that fans of all extreme metal spectrums will find at least one thing in it to enjoy.”
Paying the utmost attention to all the details, the artwork and concept of the EP were just as important as the music and songwriting. Every audio and visual release that is connected to this recording helps the listener dive deeper into the totality of their creation.