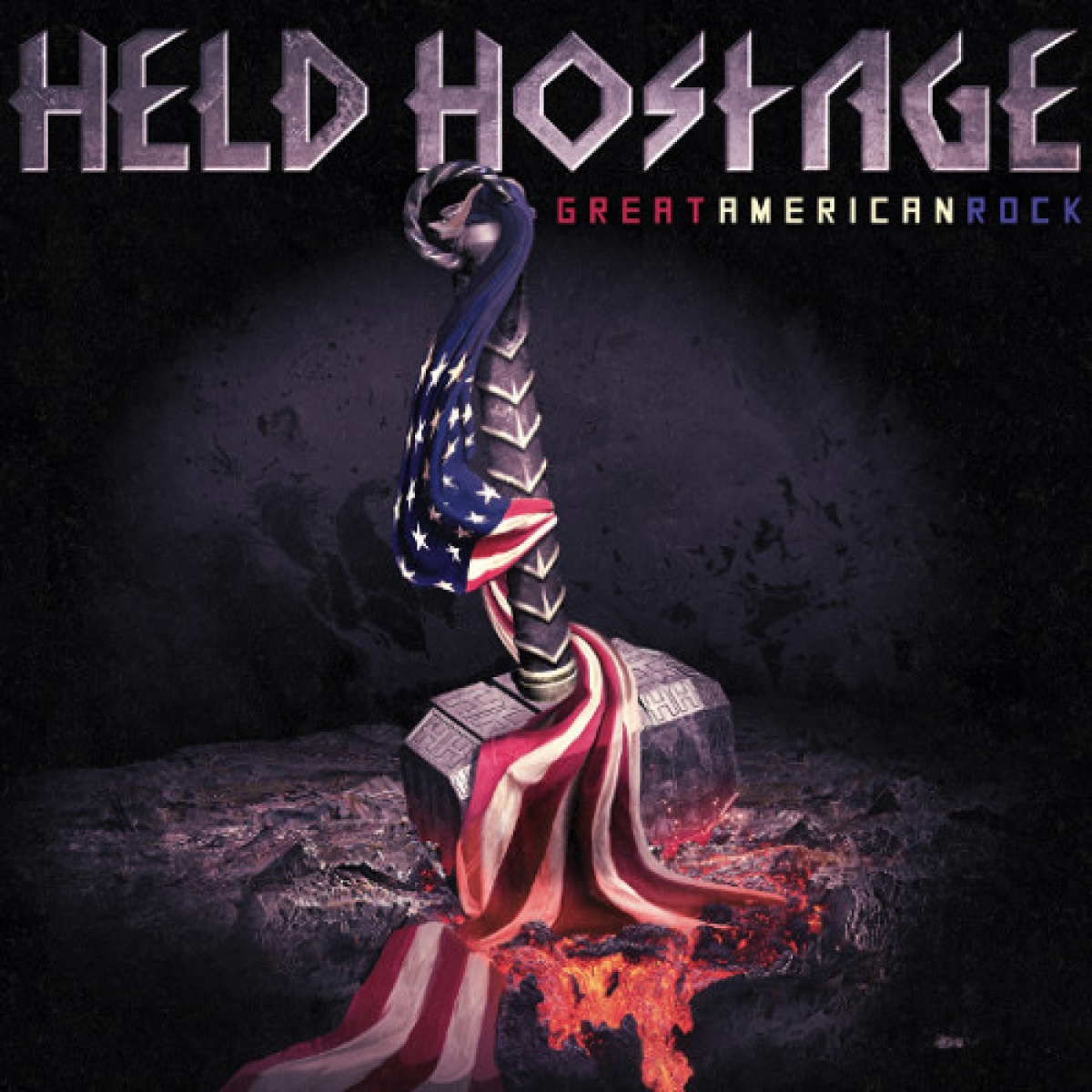 Held Hostage announce the release oftheir brand new album "Great American Rock" on FireRock Music Group. The album is described as "American rock and roll at the purest form" by Cry Wolf Magazine. Tim "Ripper" Owens and Joe Lynn Turner provide guest vocals on the album. Held Hostage recently premiered the video for their second single "The Master" on Metal Shock Finland and is currently sharing videos of the stories behind each track with Metal Heads Forever on their Facebook/Instagram Reels and YouTube Shorts.
Tom Collier founding member/ lead guitarist/lead singer speaking with about the new video, "The story behind the song is kind of different,. When I was writing the music to The Master. I wanted to create what I called and iconic guitar riff that as soon as you heard it you went wow what a great riff. I called Scott Gregg (rhythm guitarist) at like 6 am in the morning and said hey get over to my house I got this great riff I am turned into a song. He came over and was like yeah I love it. Then I finished all the music to the song. I had a theme of addiction but had not named the song. At rehearsal Scott came up with the name The Master. All the music was done then I wrote the first verse and got stuck (which never happens with me) and I asked Scott to come over and we wrote the second and 3rd verses together. Everyone has some sort of addiction whether it is, alcohol, drugs, music, sex, food, coffee. The meaning of the song is, you have to try and beat your master (addiction). when you do its a new world for you to see."
Tom Collier discussing Tim "Ripper" Owens singing on ten tracks, "This was our second collaboration with Ripper Owens. He sang our last album Epic all 12 tracks. I have to say Ripper is one of the hardest working guys in the business., When he does a project, he does it 110%. He sent me 10-12 vocal tracks for each song he sang including harmony backups. Not only did he sing but Ripper helped produce the vocal tracks. He would send me ideas and suggestions I would send them back to him and it worked fantastic. He is a true professional in every sense of the word. Very easy to work with and extremely helpful. He goes above and beyond what you asked for and he does the same when he is special guest singer with Held Hostage live performances. I have to say Ripper took the vocals on this album to a new level."
Held Hostage has toured as and been direct support act with many great bands including Metal Allegiance, Quiet Riot, Molly Hatchet, The Rods, Uli Jon Roth, Eddie Money, Benny Mardones, Manowar, Ross The Boss Band etc. Held Hostage is currently endorsed by many great products including SIT Strings, Rev Amps, Prestige Guitars, Barefoot Buttons, Clayton Custom Picks, Kick Lidz Drums, ProPlayer Art, Intune Guitar Picks, Guitar Gifts 4u, Big Bends, Best Tronics, Mental Case, Neat Audio, WBGear.
The bands unique blend of screaming guitars, thundering kick ass drums, raging bass and uninhibited vocals will stay true to form. Held Hostage is ready and able to take their place in Rock and Roll history. 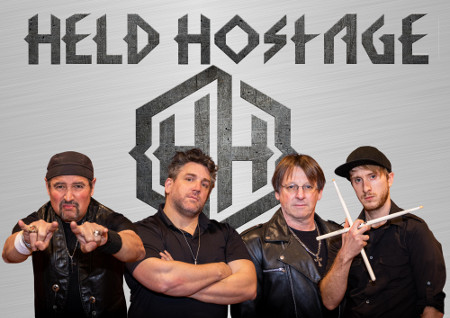