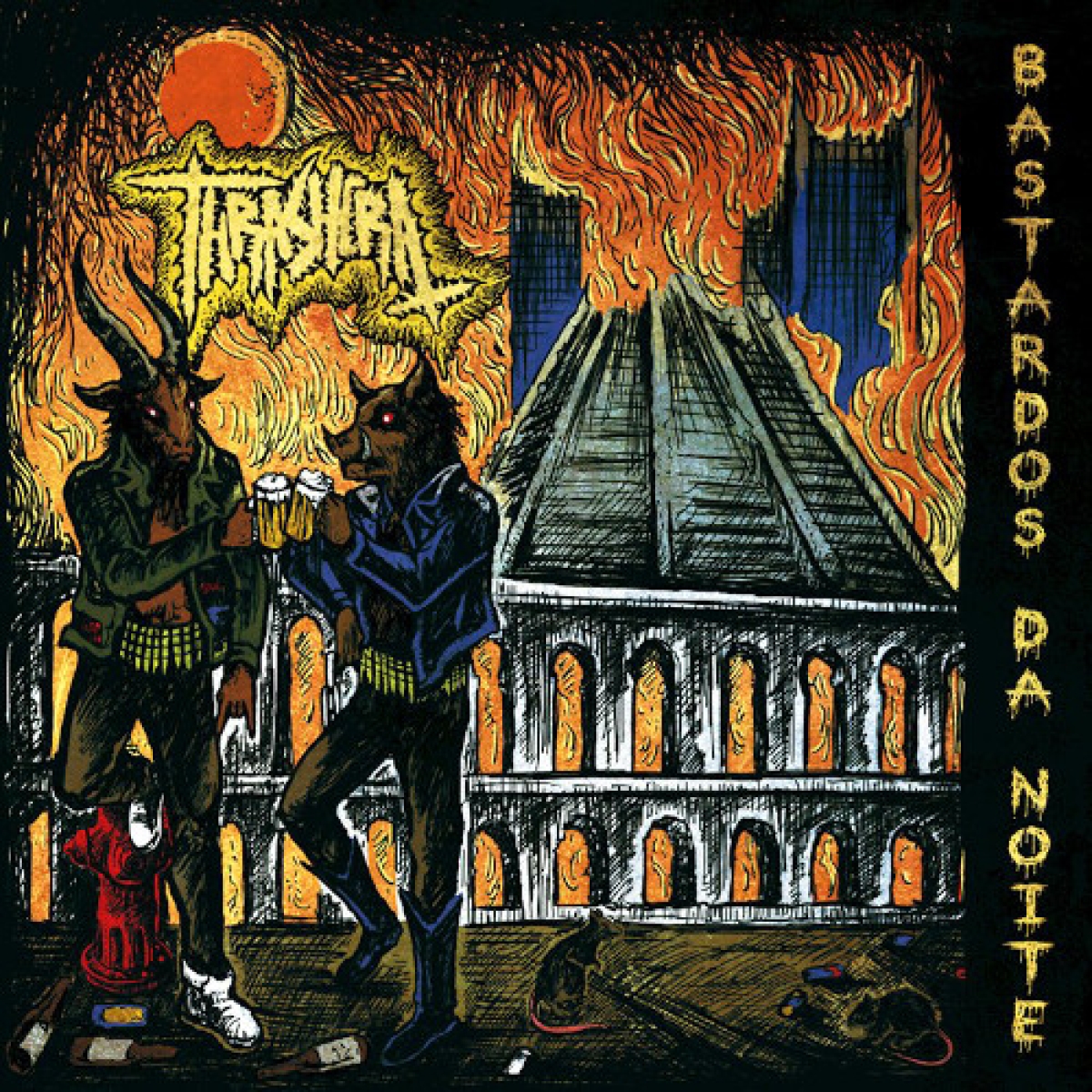 Eighties Thrashing Metal!
Two years after “Nao Gosto” stormed all worldwide headbangers, the old-school moshing hordes of THRASHERA are back with “Bastardos da Noite”. Be sure the pit will continue boiling since metal’s here stands for melting your face!
When we talk about THRASHERA you must reckon these guys don’t have anything to hide concerning their musical career. Their approach isn’t new, but their roots make it fresh and relevant. We could even state, in this case, that the old becomes new. Also, it’s important to acquire that the Brazilian inheritance concerning extreme and underground history still has a real impact on the actual scene since bands such as Sepultura, Dorsal Atlantica, Chakal and Vulcano are part of the genetic quality we find in other new musical strains as, for instance, THRASHERA.
The new album “Bastardos da Noite” is a great follow up to “Nao Gosto” because while the band maintains their urban metal preaching and social awareness very much in your face, like A Clockwork Orange, they manage to boost the value of their songs with a lot more aggressiveness and catchiness. Every single one of these 9 tracks function like a reality eye opener to perceive hell on earth and, as you know, there’s nothing mainstream in those domains. As always, they are fully sung in Brazilian, but who cares this is bondless music.
Overall, THRASHERA represents the age of golden Metal, and no one is tired of that, it’s memorable, it's vicious, it’s alive, it’s glorious, and serves the purpose to bang your head, drink your beer and raise your horned fist. Since they make a hell of a job honoring all of that, “Bastardos da Noite” will surely take you into a time travelling banging mania dimension. Again! 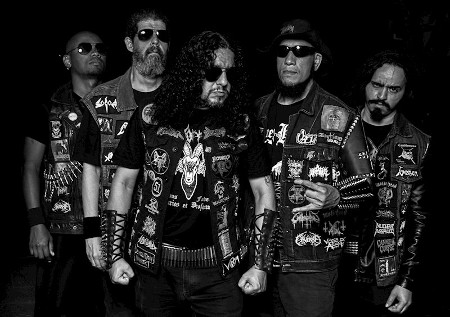