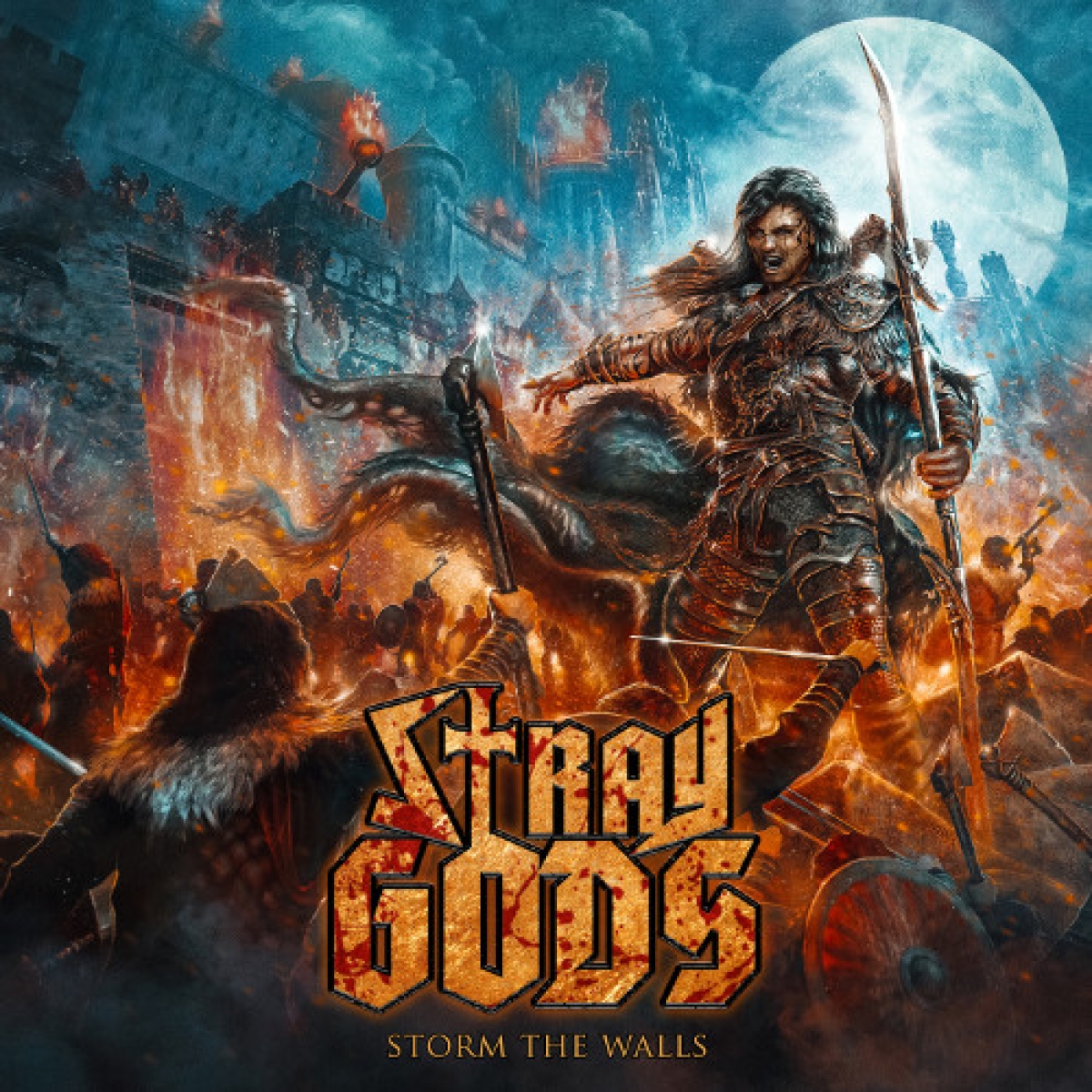 New album "Storm The Walls" out on March 18th!

Stray Gods is the brainchild of the highly acclaimed Greek Heavy Metal musician and producer Bob Katsionis, known for his work with bands like Firewind, Outloud, Serious Black, solo albums, guest songwriter for Kamelot, and his participation in numerous acts both in his country’s metal scene and worldwide.
There would be no one to present this project better than Bob itself, so in his own words: “It all happened completely by accident: in order to make a test song for a newly purchased bass, I started jamming on an Iron Maiden’esque bass line. Six days later, I had written a whole album’s worth of material! […] back in May 2021, there were no talks of a new IM album yet, so it felt like I was filling a gap. I didn’t try to make a cheap IM mimicking album, instead, I started writing music the way that those British Gods of Metal taught me since 1988 when I first encountered their music. Then I had to find the right musicians to do the job. Dan Baune of Monument -except for playing a couple of great solos on the album- introduced me to singer Artur Almeida that I already knew from his work with Attik Demons. Then, Gus Macricostas on bass was a very obvious choice for me from the days we played together back in 2002, same goes for Scar Of The Sun and Outloud bandmate, Thanos Pappas, who also drums for Urizen, the only Greek Bruce Dickinson Tribute Band! Having all these guys also playing for other bands of ROAR Records, it also looked like a sign that this album would be released by them. I’m really happy for this collaboration and can’t wait to jam these songs live with these great guys!”
www.facebook.com/StrayGods666
www.instagram.com/straygods666