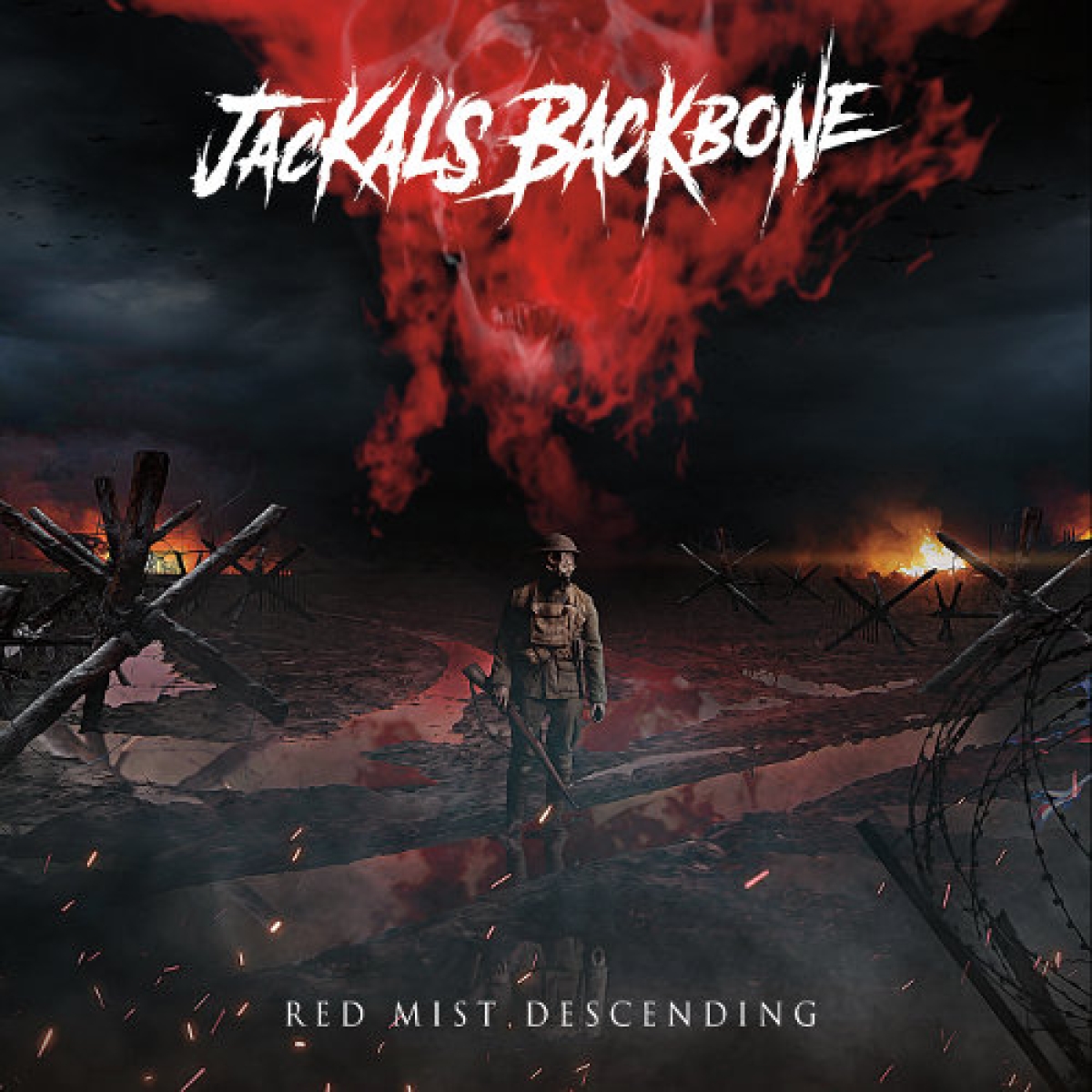 A child moulded into a monster, innocence bleeding out from a shrapnel wound and laughter forever silenced by the deafening thunder of artillery fire. Kindness and compassion drowned in a flooded trench, your heart wrapped tightly in miles of barbed wire, your trust impaled on a bayonet thrust. All that’s left is the frantic need to kill, every time the call to arms echoes across these shattered fields and the red mist descends once more...
Red Mist Descending is the virulent, violent full length studio debut album from the UK’s Jackal’s Backbone – a ten track blast of serrated riffs, gut punching rhythms and a vocal attack raw enough to make your throat bleed just listening to it! From the opening, cascading onslaught of ‘Release The Kraken’, through the flesh-rending steel claws of ‘Dead Prey’ and the riotous, raging Motorhead influenced ‘Hand That Feeds Hypocrisy’ to the explosive conclusion of the album’s title track, Red Mist Descending is a jagged, bruising encounter. The caustic vocals of front woman Beccatron lead the furious charge into oblivion, like the Morrigan at the vanguard of her furious horde and there’s barely a moment to breathe as this wild hunt descends. Jackal’s Backbone play gritty, no bullshit extreme heavy metal and deliver it with neck-breaking conviction and power. With a heady combination of melody and aggression, these are the sort of songs that headbanging was invented for!
Having cut their razor sharp teeth on a series of singles and EPs and captured the lightning of their on stage mayhem with the Live At Beermageddon album, Jackal’s Backbone are now ready to unleash the full force of their bile and fury. Out on December 10th Red Mist Descending is a standard thrust into the bloody field of battle, a statement of intent – death or victory – no compromise and no retreat! 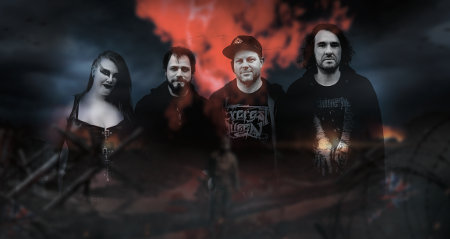