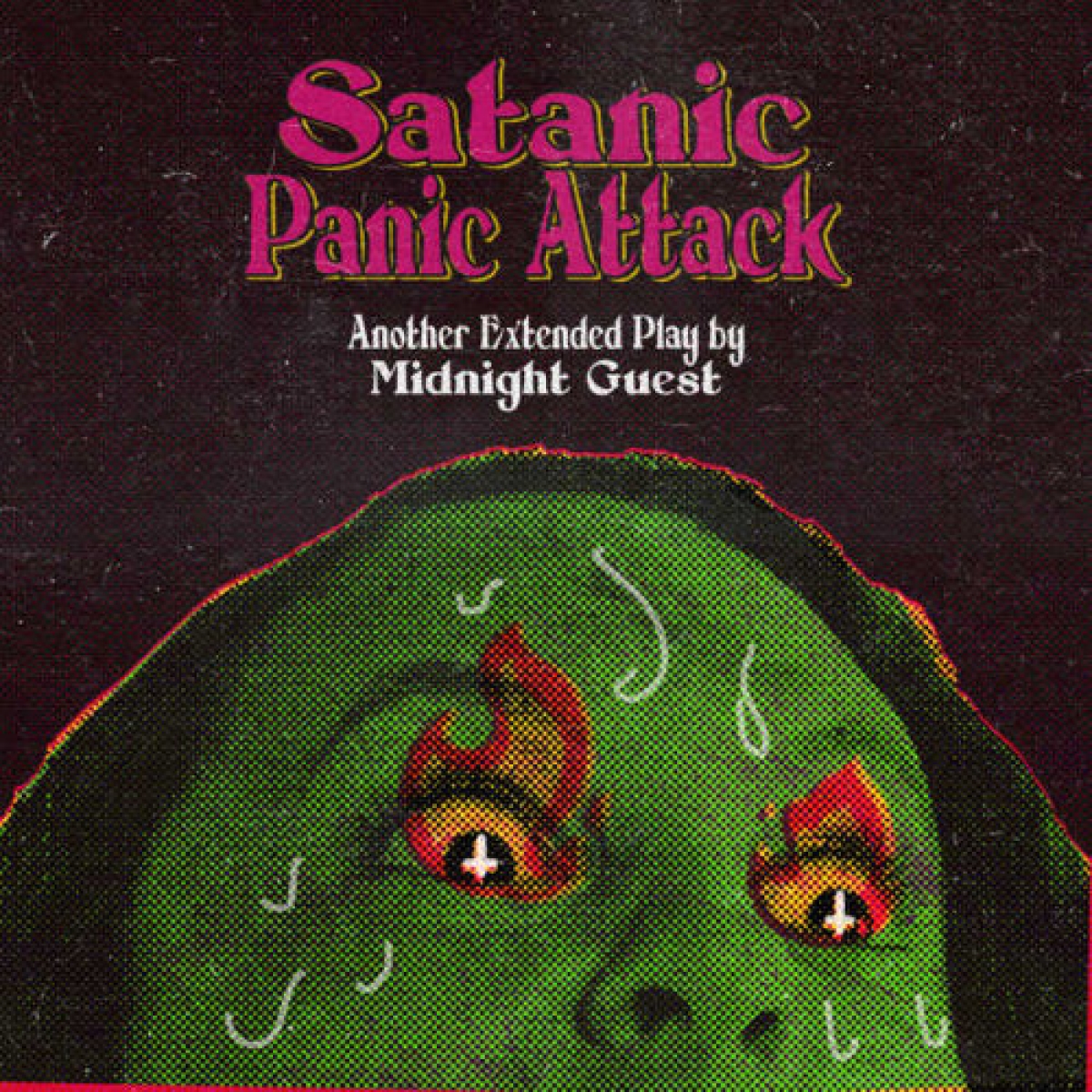 "Satanic Panic Attack" is Midnight Guest's newest release, the EP has featured four tracks. Mixed by Daniel Stunges, mastered by Arthur Joly and cover by Juarez Tanure, the release features musical influences from Black Sabbath, Type O’Negative and alternative rock. It's dark, but at the same time danceable.
The "Satanic Panic Attack" EP features a play on words; "Satanic Panic" comes from the "Satanic Panic" of the 1980s, where people blamed everything on something supposedly involved with Satanism; they burned rock records and said that Dungeons & Dragons was something of the devil. A mix of hysteria and witch hunts. "Panic Attack" comes from a theme that appears in 3 of the 4 songs on the EP: anxiety and panic attacks. Midnight Guest put together one of the things that most surfaced during the pandemic: the increase in anxiety among people and also the witch hunts and fight against windmills that we have seen mainly from this crazy government and its supporters, although that seems to me to be a global phenomenon.

About the songs:
"Sounds Like Doom": The initial inspiration was the fall of Constantinople in 1453 and what it would be like to be inside a besieged city. The subtext is about panic syndrome, anxiety and trying not to be paralyzed by fear.
“The Hour of the Wolf ": The lyrics are inspired by Ingmar Bergman's movie of the same name and the 16th century poem "The Dark Night of the Soul". A line from the movie sums it up well: “The Hour of the Wolf is the hour between night and dawn. It is the hour when most people die, when sleep is deepest, when nightmares are most real. It is the hour when the sleepless are haunted by their deepest fear, when ghosts and demons are most powerful. The Hour of the Wolf is also the hour when most children are born.” "Everyone has their wolf hour in their dark night of the soul," mentions Daniel Stunges as he composes the track.
"If I Could": is about anxiety caused by being bombarded with too much information, the weight of choices and feeling paralyzed. It's a song that tries to be minimalist, hypnotic and has a Bridge/solo section inspired by Thin Lizzy.
"Carve Heaven Outta Hell": It is the first song composed by Daniel Stunges together with the other members of the band. Musically it's super Black Sabbath, very slow, heavy and full of dissonance. The guitar solo at the end was played by vocalist Kjetil.
As a bridge between the present and the past, Midnight Guest tunes 1970s heavy rock and occult rock with a modern look. The project created in 2020 by guitarist Daniel Stunges joins the vocals of Kjetil Landsgard, straight from Canada, and musicians Tadeu Correa on drums and Eduardo Oliveira on bass. The genesis of Midnight Guest comes from the desire to create within the occult rock genre, popularized by names like Black Sabbath and Ghost, but which also had a punk attitude mixed with metal, as is the case with Motorhead and Misfits. This more analogue sound guided the entire production. 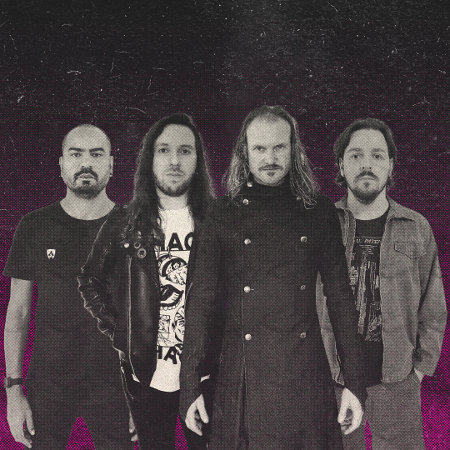