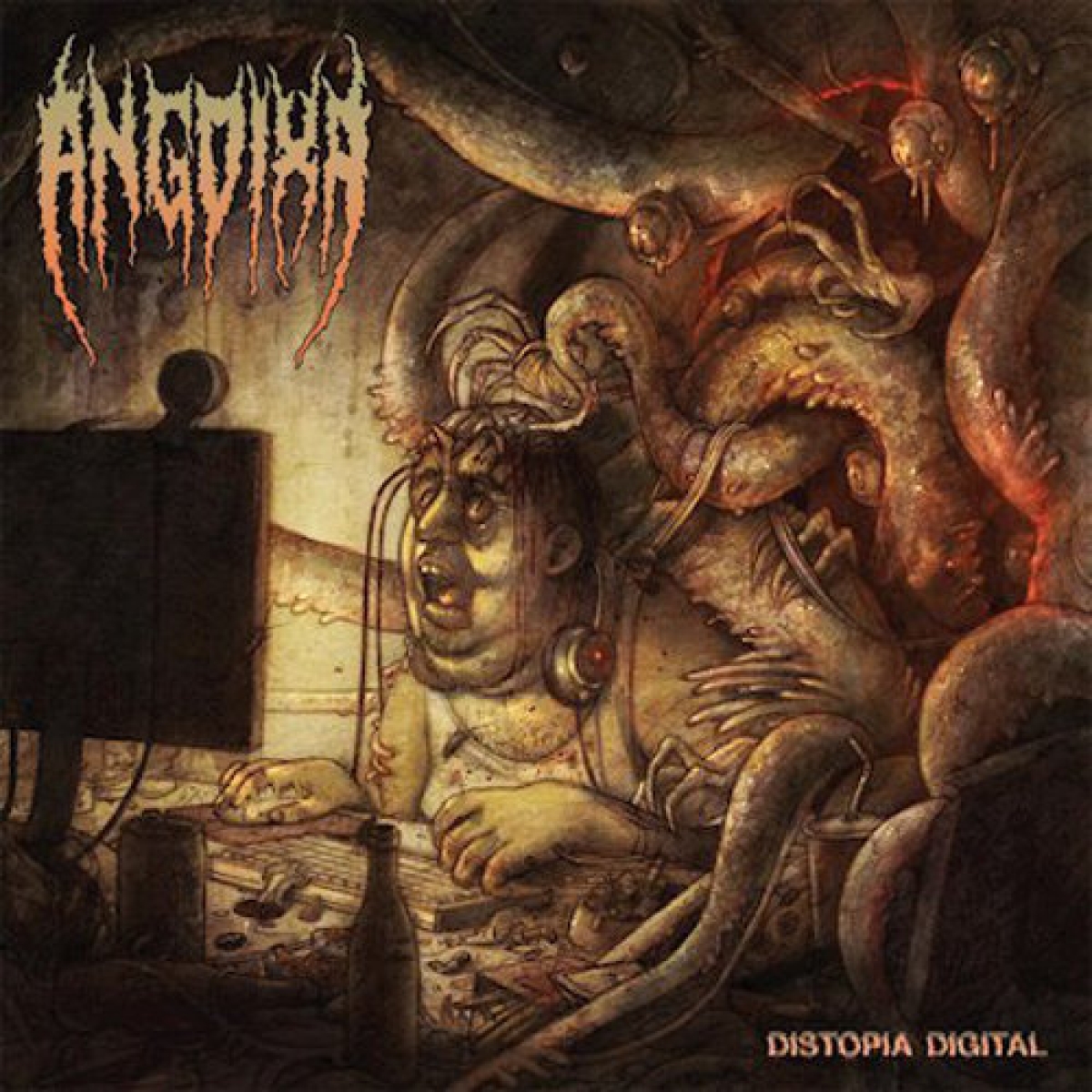 When considering the unbreathable climate of tension that exists in our societies, and that the filthy degree of frivolity can no longer go any further, one is still surprised every day with new heights of intransigence and insufferable foolishness. In Distopia Digital, Angoixa’s fourth album, the death metal band, singing in Catalan, lashes out against all this “with high doses of social criticism in their lyrics”, they explain, “dealing with issues such as war, abuse of power, immigration, the struggle for freedom and, above all, attacking the digital evil that currently stalks us”. There is no other choice, because as a species we are hitting rock bottom.
Angoixa were founded in the spring of 2014 as a personal project of Robert Garcia, singer and guitarist who recorded his first two albums in his home studio that same year. Once Hector (guitar, backing vocals), Uri (bass) and Mario (drums) came on board to deliver Esclaus De La Por (2018), the album that put them on the map and allowed them to play alongside Skeletonwitch or Cerebral Effusion, Angoixa did nothing but grow in all aspects.
Now, three years later and after putting themselves in the hands of Mr Ax in his Axtudio in Barcelona for the recording and mixing, and none other than Dan Swano in his Unisound in Sweden for the mastering, with Distopia Digital they deliver us the seven most forceful, hard-working and mature songs they have ever created. Because their new album not only crushes and shakes you when it feels like it, but through skilful melodies, dubbed vocals or subtle samples programmed by themselves when the song needs it, it also offers interesting nuances to those who give this album the conscientious listening it deserves.
Daniel Alarcon’s cover completely captures the ideas behind Distopia Digital, an album of dark and gloomy old school death metal that through songs like ‘La Crisalide’, ‘Regne De Sang’ or ‘Monstres’ will shake you to your core. 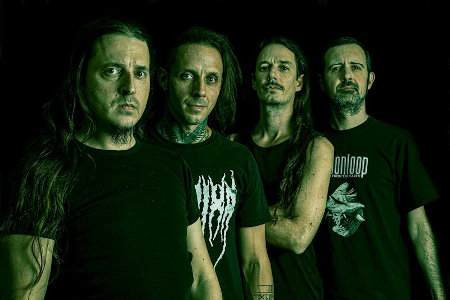