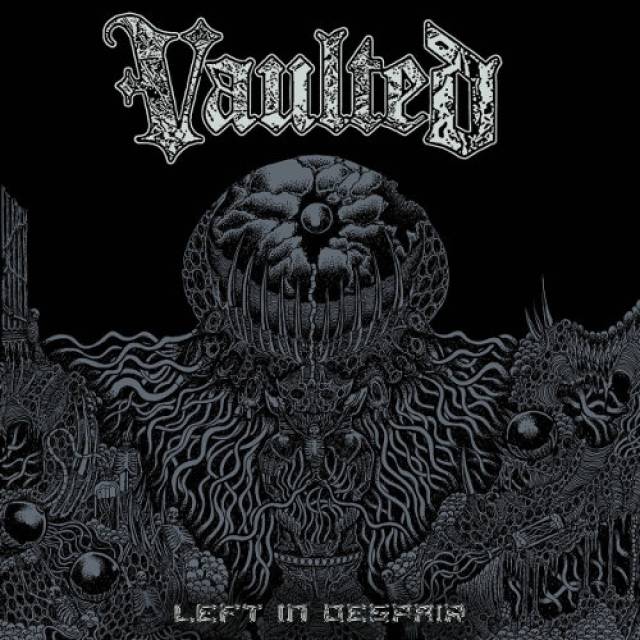 New album "Left In Despair" out on November 19th!

Boston, Massachusetts-based death metal/metallic hardcore quintet VAULTED has completed work on their second album, Left In Despair, now confirmed for November release.
Born from bitter Winters, VAULTED siphons aggression and internal growth through searing and metallic, sometimes melodic, unapologetic auditory chaos, and pinpointed lyrical constructs that reflect on personal despair, social atrocity, and global vitriol. The group maintains a bludgeoning heaviness with a poetic weaponry of ferocity and internal strife.
2018 brought the release of VAULTED’s self-released debut full-length, Distaste, a growth stage record for the group. The following year, the band self-released a new EP, Asylum Memoirs, which they recorded at The BrickHitHouse Studios (Unearth, Bury Your Dead, Malignancy) and had mastered by Brad Boatright at Audiosiege (Obituary, Black Breath, Nails), showing growth in their songwriting and attention to production and details. These first two records caught solid attention and response from both hardcore and metal media and fans. No Echo posted, "'Aggression from Boston' is the three-word description VAULTED use on ‘about’ section of their Facebook page, and let me tell you, that pretty much nails it. Integrity, All Out War, and Hatebreed come to mind, but so does the sludgy side of Obituary when listening to the quintet's material.” Decibel Magazine dubbed Asylum Memoirs, “a three-track metallic hardcore ripper that quickly made the band’s intent known.”
VAULTED now prepares to close out the tumultuous 2021 with their latest and most advanced effort to date titled, Left In Despair. Vocalist Cody Rico, guitarists Christian Henderson and Daniel Leahy, bassist Nicholas Wolf, and drummer Matthew McSweeney returned to their now trusted producer, engineer, and manager Shane Frisby of LifeBlood Inc. and owner/operator of The BrickHitHouse to capture Left In Despair’s eleven groove-heavy tracks, the album blending influences from seminal death metal monarchs Dismember, Entombed, Grave, Obituary, and Gorefest with the modern approach of Black Breath, Nails, Trap Them, Gatecreeper, and All Pigs Must Die. The record was mastered by Alan Douches at West Westside Studios (The Dillinger Escape Plan, Converge, Cannibal Corpse), and completed with artwork by Yodth Gnosis. Following the recording of Left In Despair, McSweeney has since moved on from the band. Although Alex Fewell briefly filled in in his departure, the band is currently in between drummers. 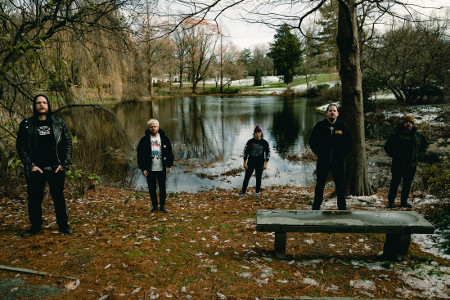