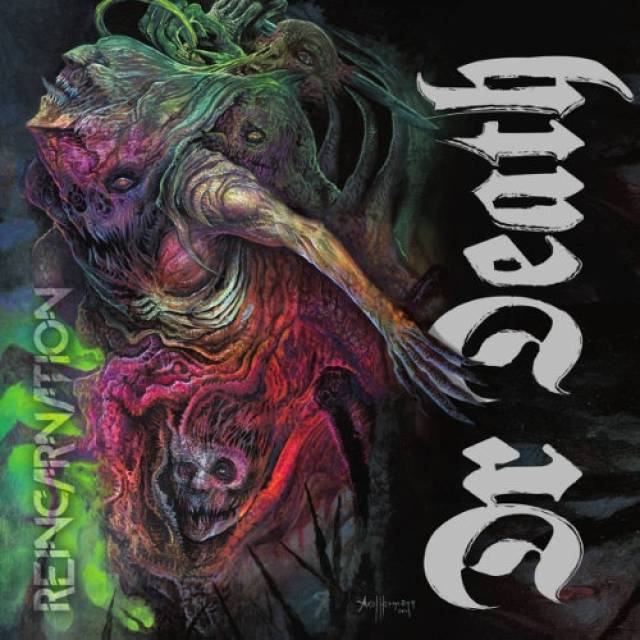 After being absent for more than two decades, the German Death-Doom-machine returns with a massive strike. Formed in 1991 the first demo and EP got followed by two successful longplayers, which were heavilypromoted by numerous live shows. Both records contained a stunning artwork by Swiss-based, legendary artist H.R. Giger.
A musical journey through darkness and a beam of light, uniting both old and new listeners.
The new material was self-produced in the band's own studio containing a wide range from speed to doom, both catchy, melodic and foremost ambitious.
Following this approach the new record "Reincarnation" features a painting by famous Axel Hermann (Morgoth, Sodom, Unleashed, Grave) being inspired by joining a band rehearsal, which in faxt he hasn't done since Morgoth's "Resurrection Absurd" - release.