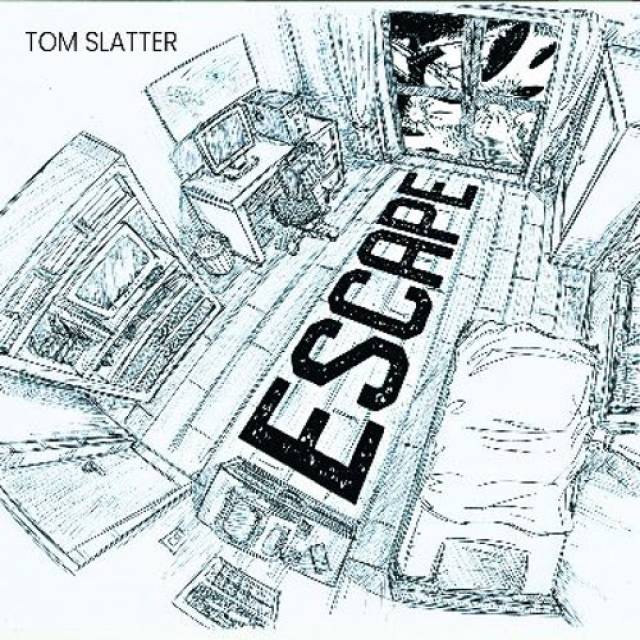 Escape is the follow up to 2019’s Demon. The new album features Mike Cairns from the Tom Slatter Band on the percussion parts throughout, with Keith Buckman (Tom Slatter Band and The Far Meadow) grounding the album with his impeccable bass contributions. Gareth Cole has a delectable guitar solo in the track “Rats”. BEM afficionados may recognize Gareth from his work with the Tom Slatter Band, Fractal Mirror, his collaborations with Mike Kershaw, and Whitewater. Graham Keane, guitarist with Vicious Head Society, also makes an appearance on the lead track “Time Stands Still”, giving the song a steady pulse to build the intensity. Ben Bell (Gandalf’s Fist) continues to impress with his keyboard skills in Going Nowhere.
Reluctantly, David Elliott from Bad Elephant Music touts Tom’s praises: “Another album from the ever-prolific Mr. Slatter! This time he has gone all prog on us. Long songs, unusual time signatures, and even the mighty Mellotron feature on this excellent record!”
Tom adds his eclectic perspective. “I’ve always been an indoors kid. Escapism, whether books, music,or computer games, has always meant a lot to me. With the awful year we’ve all had, I felt like an album full of high energy rock songs about spaceships was the escapism we needed.”