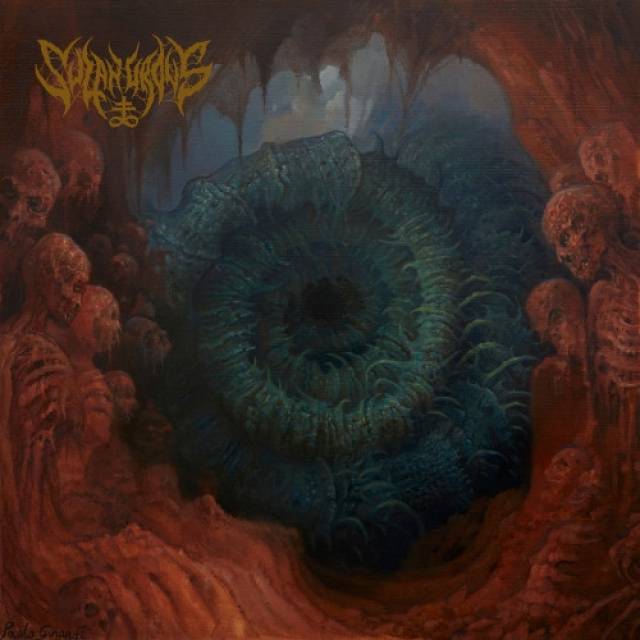 New album "The Black Mouth Of Sepulchre" out on October 22nd!

From the moment you hit play, a lurking sense of dread washes over the body like some all-consuming Lovecraftian terror from the murkiest depths. This feeling lingers long past the ending of the album. This is the kind of death metal that utilizes bold technicality, but stays fearsome and dark in a twisted display of old school might that doesn’t rip off the originators, but honours them with super performances from the entire band. A varied and busy drum performance gives a ruthless backbone to storms of violent, otherworldly riffing and sepulchral vocal grit that functions as a unit to obliterate all in the pathway of this ferocious Danish death metal machine.
SULPHUROUS already has a stellar album, a couple of EPs and a few demos under their belt which all showcase supreme quality. Here we see that taken even further, so fans can be rest assured that their beloved merchants of morbidity have elevated to even greater heights while newcomers to this band will be smitten by the sheer excellence of their craftsmanship and musical abilities.
Cacophonous atmospheres and eldritch tendrils pull you into this marvelously eerie record and biting, scathing musicianship will hold the attentiveness of all listeners as the murk clears, showcasing a whole new realm of horrors lurking behind the veil. Gaze into "The Black Mouth Of Sepulchre". See for yourself what lies beneath and hear the undying sounds of the underworld spewing through into a waking nightmare of pure death metal ecstasy.
Artwork by Paolo Girardi. Recorded, mixed and mastered by Lasse at Ballade Studios in Copenhagen. 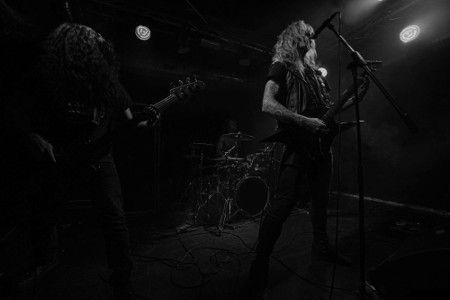