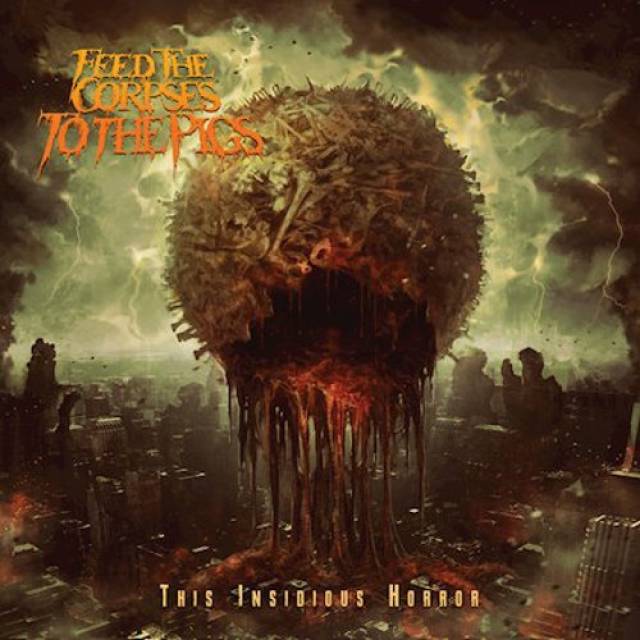 New album "This Insidious Horror" out on October 15th!

This Insidious Horror is a hook-forward LP with tales of technocratic rulers, murderous cults, and otherworldly terrors. Horror comes in many forms; the Pigs revel in them all. Feed the Corpses to the Pigs pummels and brutalizes their listeners with their mix of old-school and new-school metal styles including grindcore, crossover, black, and death metal. Featuring guest musicians Rick Rozz (Death/Massacre) and Miasma Recording artist Daniel Torgal (Analepsy/Enblood) as well as mastering done by one of the most sought after engineers today, Will Putney (Fit for an Autopsy), This Insidious Horror captures the chaotic nature of the world today in song form and the outlook is bleak.
When FTCTTP hits the stage, the performance is nothing short of memorable. It is a raucous live show that combines dark humor and thrown body parts, FTCTTP brings the slaughterhouse to the stage. FTCTTP mix extreme metal styles and long-form horror stories to the “delight” of audiences everywhere.
Shawn "Death Pig" Fink comments on the recording:
Guitarist/Vocalist Shawn Fink on working with Rick Rozz, “They say you should never meet you heroes, but man I am glad I did. He was so cool and humble through the process. Rick really cared about our band and gave us valuable advice. Sometimes with bands, it is a race to the bottom with an ego battle, but Rick just reinforced the idea that metal bands should work together and raise each other up.”
On working with Daniel Torgal, “Daniel was awesome. He understood the different metal styles that we were trying to cover and he captured everything we listed. He was professional and he really put his time into ensuring everything was exactly how we had been practicing it.”
On the new album, “When we formed in the middle of 2019, we individually had taken some time off from the metal industry. We wanted to create some music quickly so we went in and made an EP that was really rough around the edges. We hadn’t taken the time to become comfortable with each other, but we wanted something to show so we could get gigs. Over a year later, we’ve become much more in sync with each other and have perfected the type of metal we want to make.
Death Pig continues, "For me, this album is a mix-tape to all the different genres I love. When I listen to music at home, I like to hit that random button. I'll get a black metal track, then a punk track, then a thrash band, and so on. I think when you switch up the styles, it makes each of them pop more than just listening to an album of just one thing. I think all of our songs have our signature Pigs sound and sensibility, but I'll follow a good song wherever the riffs and lyrics may lead me and not worry about sticking to one metal style." 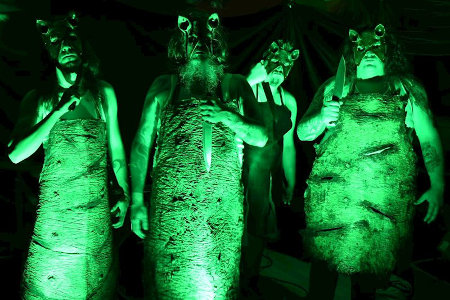 More in this category: « LIVLOS AEON »