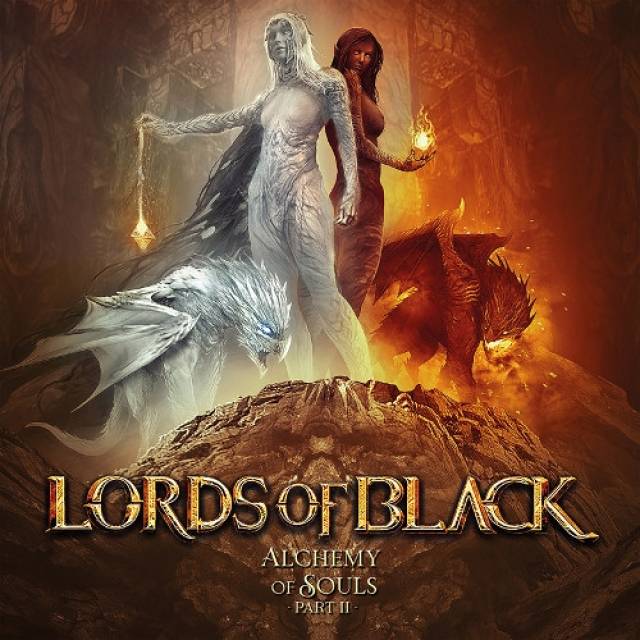 Prog/Power metal masters Lords Of Black are set to return in 2021 with a new album, the follow-up to 2020's incredibly well received "Alchemy Of Souls, Part I". The new album, “Alchemy Of Souls, Part II” is a continuation of the themes started on the previous album. With the downtime created by the global pandemic, Lords Of Black worked incredibly hard to create music that pushed past the boundaries of anything the band had done in the past showing a newfound musical maturity from the band, incorporating new musical elements into their style. Vocalist Ronnie Romero (Rainbow, Sunstorm, The Ferrymen) delivers another vocal performance yet to be matched, guitarist Tony Hernando delivers some of the best melodic metal he has ever written, while bassist Dani Ciado and drummer Jo Nunez prove to be a powerful rhythm section so powerful who play with absolute finesse.
"You all know the old saying, "Second parts are never as good as the first parts"... but honestly, I think this record is an exception to that. This is a collection of very strong songs, sporting a variety of elements that, as a whole, make this second installment familiar yet different. The magic of every album lies in its own uniqueness, and that is ultimately our goal, to avoid repeating ourselves," says guitarist Tony Hernando.
"This album has obviously been influenced by the exceptional times we are living in, therefore the intent of every song is to try to be meaningful and powerful in their intention to make you experience wonder and enthusiasm, which is our ultimate goal," he continues.
Heavier and darker compared to the album that preceded it, “Alchemy Of Souls, Part II” enhances the perception that Lords Of Black are now ready to ascend to the upper tiers of European melodic metal. This is an album not to be missed by both melodic metal and progressive metal fans alike. An absolute delight for the ears and another classic in the making from these Spanish masters.
Upon their formation, Lords Of Black’s vision was to form a metal band with a modern approach blended with catchy, melodic, and progressive elements. After months of intense hard work on the songs, the band independently released their acclaimed self-titled debut in 2014, which was co-produced by Roland Grapow (Masterplan, Helloween).
The band supported the release with a series of successful live shows, including guest spots for a variety of high profile international acts. Later, legendary guitarist Ritchie Blackmore (Deep Purple, Blackmore's Night) became aware of Ronnie Romero's vocal talents and invited him to front his, at the time, newly reformed Rainbow. This brought the band to the attention of international music media and in particular, the words from Blackmore describing Romero’s voice like “a cross between Ronnie James Dio and Freddie Mercury” piqued the curiosity of journalists and fans alike. While enjoying this new found attention, Romero and Hernando continued work on Lords Of Black and signed a worldwide deal with the Frontiers label. The first global release from the partnership was "II", an album which did and continues to blow the minds of fans of modern melodic metal.
Once again, co-produced, mixed, and mastered by Roland Grapow, the album created a stir in the metal scene and is still regarded as a true underground classic. The band played several European shows in support of the release and then headed back to the studio to create the follow up album, "Icons of the New Days". Upon its release, the album once again set a new standard for melodic metal with outstanding epic tracks mixed with glorious power/progressive metal songs.
Like its predecessor, “Alchemy Of Souls, Part II” is setting a new gold standard for melodic metal in the new decade. 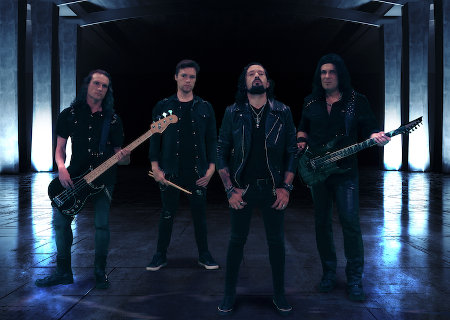 More in this category: « VELVETS THE GRANDMASTER »