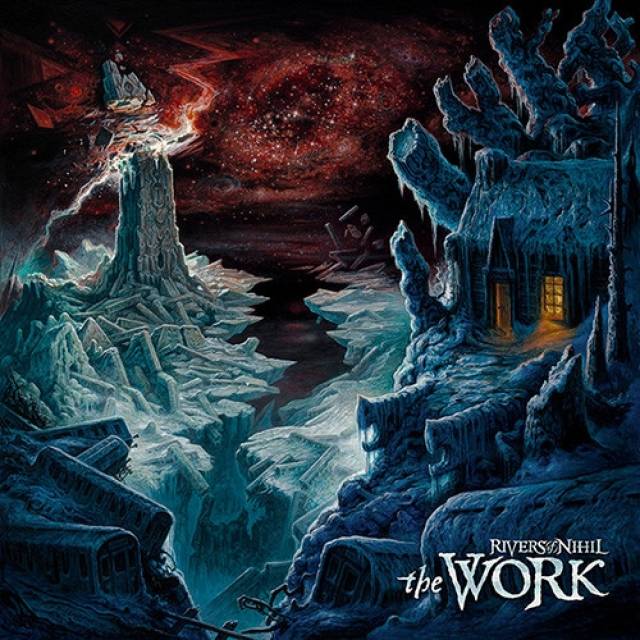 New album "The Work" out on September 24th!

Reading, Pennsylvania's Rivers Of Nihil have never fit neatly into a box, but with 2018's Where Owls Know My Name, they transcended all labels applied to them. Returning in 2021 with The Work, they have forged further into new territory, delivering an album that is as cerebral as it is visceral, and that covers a staggering sonic range, definitively placing them in a category of their own. Inarguably a very dense, heavy collection, The Work is far too dynamic to be considered a solely metal record, and there is a genuine warmth that shows through, particularly on "Wait" and the gorgeous "Maybe One Day," and the band have included far more clean vocals alongside the screaming that tears through many of the heavier tracks. Courtesy of their friend Zach Strouse, saxophone once again adds extra layers of atmosphere to the collection, utilizing baritone, soprano and alto saxes to great affect.
With guitars and synths/keys tracked at Uttley's home studio, the band then we went back for the third album in a row to Carson Slovak and Grant McFarland at Atrium Audio to do drums, vocals, bass, sax, and mixing. "We've done so many sessions with those guys that they're basically an extension of our band at this point. They usually know what we like, and we always encourage them to roast us to make stuff better," says guitarist Brody Uttley. Alongside the band, James Dorton from Black Crown Initiate provided some vocals on "Episode," Grant McFarland played cello on "The Void From Which No Sound Escapes", and Uttley's friend Stephan Lopez helped out with all of the field recordings, an integral part of the sonic textures of the record.