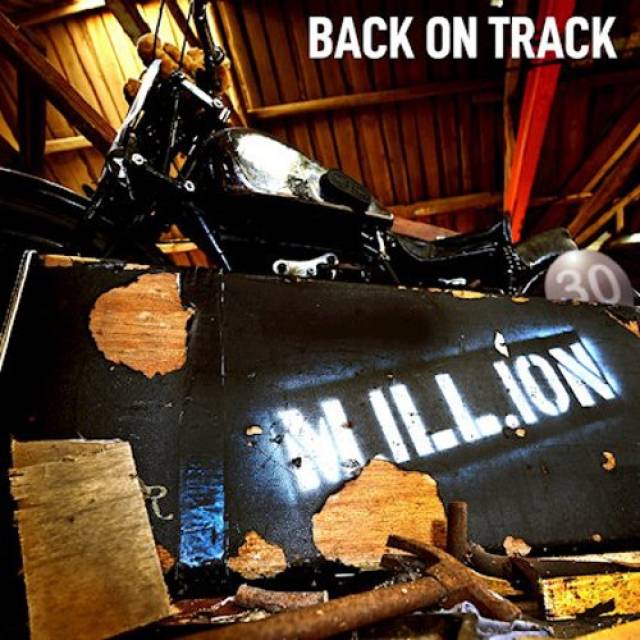 New album "Back On Track" out on September 10th!

After a very inspirational trip to London/England in1988 a young B.J Laneby went back to Sweden with new perspectives & horizons: He had met Lemmy and had a looong friendly conversation over a bottle of J.D at the St Moritz Club, he had seen KISS at the re-opening of the classic Marquee-club in front of just a few hundred, he had watched Iron Maiden playing a secret gig at their old school and he attended the huge Monsters of Rock Festival at Donington Park in front of an 100.000 + audience. Guns/n Roses were early on the bill that day, David Lee Roth with his magic band of Steve Vai, Billy Sheehan etc was followed by KISS & Maiden. A shitty place to be for a young rocker...
Said and done. B.J went home and reformed the local band he was in a the time.
Approach: ”Let/s do this! Not locally, not regional, not just Sweden! Let/s fuckin/ do this!”
In came guitarist CT Rohdell, vocalist Hans Dalzon followed and then the whole band moved their location to the city of Gothenburg, where the keyboard player Marcus Berglund joined in. The guys set up three goals: 1.Rehearse like hell 2. Play as many gigs as possible 3.A record deal within a year. Determination, brotherhood, hard work!
Well...It worked...
After being invited to do a major Swedish TV-show in the autumn of 1990, still a demo-band, the band was offered several deals. In 1991 the band went over to Denmark to record their debut album, later to be called ”No.1”.  The world famous PUK-studio (Elton John, Gary Moore, Judas Priest, Depeche Mode) was booked for the mixing.
When the album came out it made critics go wild and it hit the charts in Japan among other places. No.1 really became a door opener for things to come. Their debut is considered a cult classic among melodic rock fans all around the world. When the follow up ”We, Ourselves & Us” was to be recorded the band was independent and could choose studios and who to work with. The Third album was called Electric. The first three albums included more or less the original line up.
1999 - 2014 B.J continued driving the M.ILL.ION brand with other musicians, including singer Ulrich Carlsson & drummer Per Westergren. Four more M.ILL.ION albums followed and together with the first three albums the alltogether result was: Fantastic reviews, international tours and fans worldwide, big festivals, sharing stages with many of the band/s childhood heroes and six figure sales.
Towards the end of the UK tour of 2014, B.J was hit by a terminal bacteria and almost died. After several months at hospital, he decided to put M.ILL.ION to rest, down size and concentrate on other things in life, but also a new music project, Major Instinct.
However: Now in 2021, it's time, not just to celebrate the 30:th anniversary of the first M.ILL.ION album, but also to get back to that pure feeling of joy of the early days! Take note, people: This is not a reunion of tired middle aged men for nostalgic reasons. This is for real and a serious attempt at creating great new rock music, to kick some classic ass on stage again and to have lots of fun doing it all!
Four original M.ILL.ION members reunited in the autumn of 2020: Hans Dalzon (Lead Vocals), CT Rohdell (Guitar) Marcus Berglund (Keyboards) and B.J Laneby (Bass Guitar). New, and very talented recruits Henrik Andersson (Lead Guitar) and Magnus Rohdell (Drums) complets this powerful six piece.
Founder & bassist B.J Laneby comments: ”It's so much fun, creativity & energy again!
It's really like the title track says: ” BACK ON TRACK – Time to make boys out of men!”
The band has spent the spring of 2021 working on the reunion album BACK ON TRACK.
This 15 track production includes three brand new songs and two re-recordings/re-arrangements of tracks from the No.1 album. Adding to this: Rare recordings have been found, remixes have been done + remasterings of songs from the first three albums; ”No.1”, ”We, Ourselves & Us” and ”Electric” as well. All very highly praised albums, all getting updated sounds.
Indeed, quite a cool package of classic melodic hard rock!
The new recordings on the Back on Track album were mixed by the world famous British producer Simon Hanhart (David Bowie, Bryan Adams, Saxon, Marillion, Asia, Yngwie Malmsteen, Waysted. a.o). Mastering was handled by another world class guy: Tim Debney of Fluid Mastering, UK. (Deep, Purple, Rod Stewart, Judas Priest…)
M.ILL.ION recently signed a deal with the well known German label AOR Heaven for the European release.
So, ladies & gentlemen, rockers & rollers: Get Ready! M.ILL.ION is BACK ON TRACK! 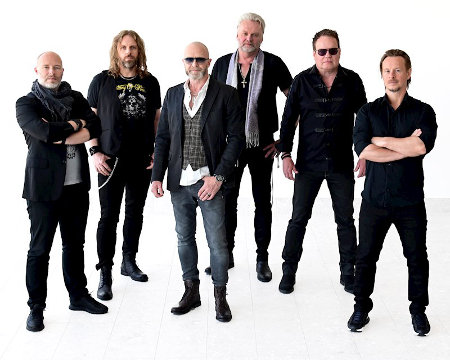