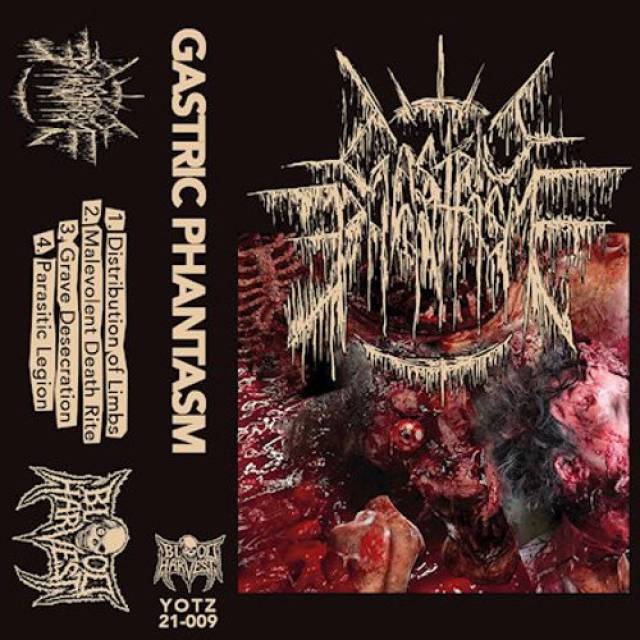 Self-titled debut demo tape out on May 14th!

A brand-new formation hailing from Denver, Colorado, GASTRIC PHANTASM are almost too-perfectly named: their sound reeks of rot and drips with sewage, yet interestingly emits an atmospheric side. The power-trio's self-titled public debut is bloody raw 'n' mercilessly hammering goregrind mania, whipping forth a gibbering delirium in a mere 10 minutes and then getting the fuck out. But, for however unrelenting their attack is, GASTRIC PHANTASM's roots are firmly in the early '90s, back when songwriting still mattered and riff-cataloging had yet to take over. As such, one will hear across this tape traces of early Suffocation, Gorguts, Ripping Corpse, and even Demilich, but all taken over the top with primitive pounding and ignorant breakdowns and just the right amount of angularity in between. Release thy bowels in no time with Gastric Phantasm!