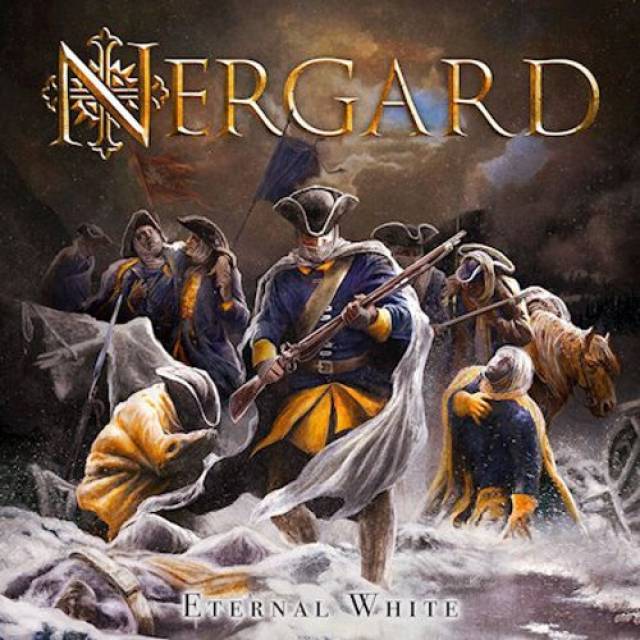 NERGARD was originally founded back in 2010 by Norwegian musician Andreas Nergård with the ambitious idea of being a studio project fronted by renowned guest artists from around the world. In the following years they released two albums featuring some of the industries most accomplished vocalists and musicians including Elize Ryd, Ralf Scheepers, Göran Edman, Mike Vescera, Michelle Luppi, Tony Mills, David Reece, Michael Eriksen, Nils K. Rue and many others.
NERGARD also had the privilege of performing at some prestigious shows, such as opening for the legendary Stratovarius on the main stage at the Trondheim Metal Fest in 2015 as well as performing their own sold out shows.
After a few quiet years, whilst busy with other projects, NERGARD resurfaced in the summer of 2020 releasing a tribute single to the late Tony Mills (SHY,TNT) which then inspired Andreas, to start working on new music.
Whilst building ideas for the new album, Andreas decided that he was ready for a new era of NERGARD. With a steady line-up of permanent singers, the group is now fronted by a multinational trio – Stefani Keogh (UK), Andi Kravljaca (Sweden) and Mathias Molund Indergård (Norway).
This new era takes the sound of NERGARD into dark symphonic realms similar to the styles of Nightwish, Kamelot and Avantasia. Entitled “Eternal White”, this new album is a concept piece that's based on the tragic story of the Carolean Death March in 1719, when 3000 Swedish & Finnish soldiers froze to death during the retreat from the failed invasion of Norway. The story is told over 10 songs which showcase the new dynamic line-up whilst continuing to deliver the high calibre of music that we have come to expect from Andreas and with a nostalgic look to NERGARD's past, the album also features a guest performance by the formidable Tim “Ripper” Owens (Judas Priest/Iced Earth) on the track “Now Bareley Three”.
The band is thrilled to team up with Pride & Joy Music for the release of the new album, “Eternal White”; kickstarting a new chapter in the NERGARD legacy.
This release will be available as CD and digital. The digital version will include 10 instrumental versions of all songs as bonus tracks.