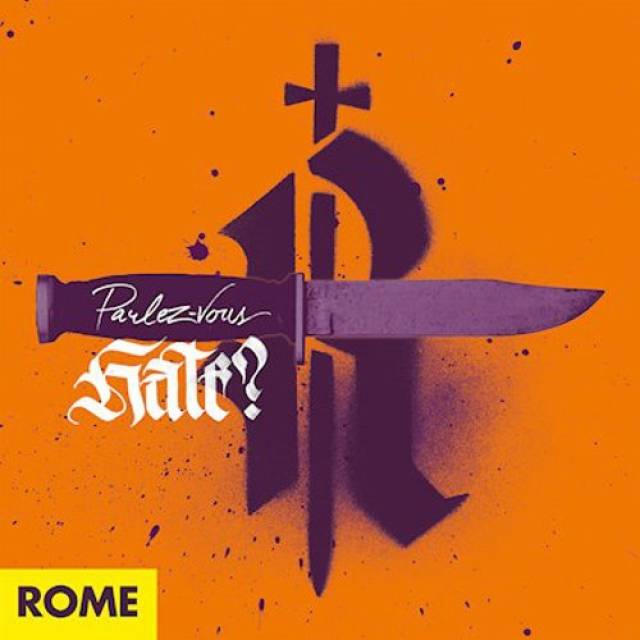 FOLK IS NOT DEAD!
ROME is back with a surprising new album bursting with anthems; a tongue-in-cheek, punk rock cry for freedom of expression! After last year’s phenomenal long player, “The Lone Furrow”, no one was expecting Reuter to hit so soon and so hard, but “Parlez-Vous Hate?” delivers on all fronts.
The opening title track is a bold, bleak beast of a song. Disturbingly anthemic and unyielding in nature. It seems that Reuter, a tenebrous magus, whose forefather’s fought Franco’s troops in Spain and later the Nazis in Luxembourg, won’t stand aside while watching democracy and its freedom trampled underfoot by the most privileged, uprooted and bourgeois of generations this continent has ever seen. Our nations are fragile beings, seemingly under threat from various sides and the all-encompassing disassembling starting with language which is again struggling in the grips of totalitarian thought.
“Born In The E.U.” (no cover version!) is easily the catchiest song Reuter has ever come up with. At the same time, it will likely remain one of the most enigmatic and ambiguous: The chorus being a declaration of your birthplace and the right to all of the blood and the confusion and the pride and the shame and the grace that comes with it. A tongue-in-cheek stadium-rock look-alike, the track is an ironic retort to the blue-collar communities and blind nationalism, and sneakily suggesting Reuter as the European underground version of The Boss.
And just like the source material, “Born In The E.U.” is revealed as far more than a knuckleheaded, jingoistic sing-a-long. It’s a ragged-lunged hymn to long gone hopes, a possibly treacherous government, and a lurking war. On “Parlez-Vous Hate?”, Reuter’s much-discussed genius lies in finding the humanity and tragedy in the everyday and punching it out with a grizzled kind of grandeur. “Born In The E.U.” could be the anthem of a generation that sings along despite huge political and national gulfs.
“Der Adler Trägt Kein Lied” is a short but potent ballad, a melancholy lament to a besieged world with vivid imagery throughout; while “Death From Above” is yet another infectious, almost pop song with a great hook and sing-along backing vocals, whilst the theme and lyric are particular bleak ones.
Another highlight is the hilariously uncompromising track “Panzerschokolade”, an amphetamine-fueled tour de force that would have made Lemmy proud. The album closes with the beautiful “Alesia” to which friend and foe will soon sing along too, followed by the comforting sounds of “Fort Nera, Eumesville” named after Reuter’s personal retreat.
ROME’s surprise album is a barn-burning, bombs-dropping, ceiling-cracking, ozone-splitting all-out-attack on what one would have expected from ROME after last year’s thought provoking “The Lone Furrow”, and delightfully offhanded in its delivery. 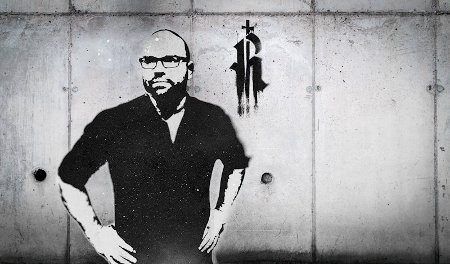