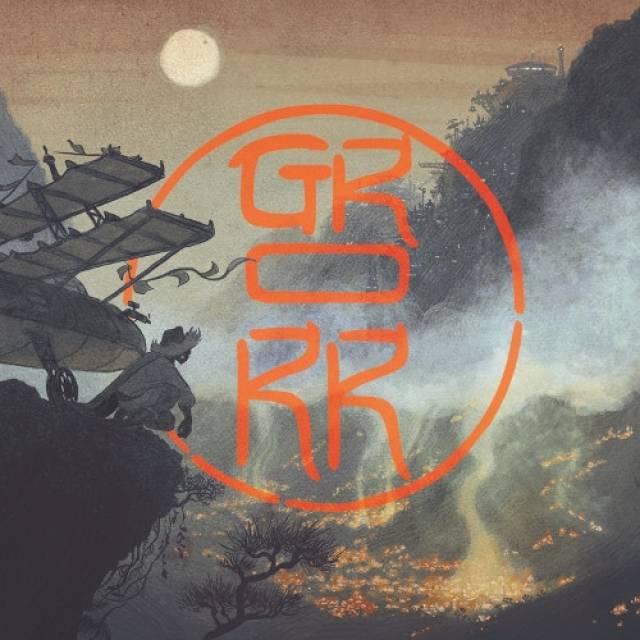 Opening Scene: Ddulden is standing at the edge of steep mountain slope. He seems to stare at the highest peak by the other side of the valley he used to know so well. Eyes full of hope, he is about to step into the void riding his handmade flying machine to achieve his lifelong goal: reach the peak and explore what is beyond...
« Ddulden’s Last Flight » is a concept album resuming aspects of progressive music standards. Its role is to musically depict the journey of a hero evolving within an adventure story, based upon the original script from the unfinished eponym movie. As usual, Grorr uses societal issues as a writing material, brought here by Luddism and Neo-Luddism ways of thinking. As well as being a soundtrack telling a coming-of-age chronicle, this opus is also a logbook for the band, who wanted to inject its own story into the journey.
This album is designed according to classics of great adventure movies’ and their OSTs. It exhibits eight sequences crafted with various aesthetics such as modern metal, traditional music from around the world and symphonic orchestrations inspired by compositions dedicated to the Seventh Art.
Grorr was created in 2005 in Pau (France). Its music mixes progressive/math/rock/metal featuring the use of traditional instruments from all around the world, all crafted within concept albums. Grorr surprises and gathers both organic and powerful music imprinted with various atmospheres.
Since the beginning, it has always been essential for the band to tell social fables. Grorr gives shape to these stories and creates its albums according to storyboards, which are made as the first step. After releasing Anthill in 2012, the band signed with Swedish label ViciSolum Productions for The Unknown Citizens out in 2014. Both albums were very well received by the critics, French and international alike and were nominated in many «Best Album » categories, so were their stop-motion video clips in animated film festivals such as Clermont-Ferrand.
The band released a full-concert live show in 2016 that marked a turning point for the lineup as the leading singer left the project letting a new member join the family in his stead. This change was inaugurated during Metal Oper’Art 2017 festival in Strasbourg, which took place in the National Opera and live streamed on Arte Concert. In 2020, Grorr makes a big comeback with two releases: a two-track opus as appetizers, featuring its traditional stop motion video clip; and a Long-Play called Ddulden’s Last Flight as the main course, a new concept album paying homage to the classics of adventure movies’ original soundtracks. 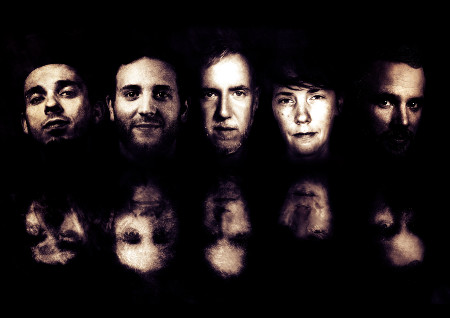