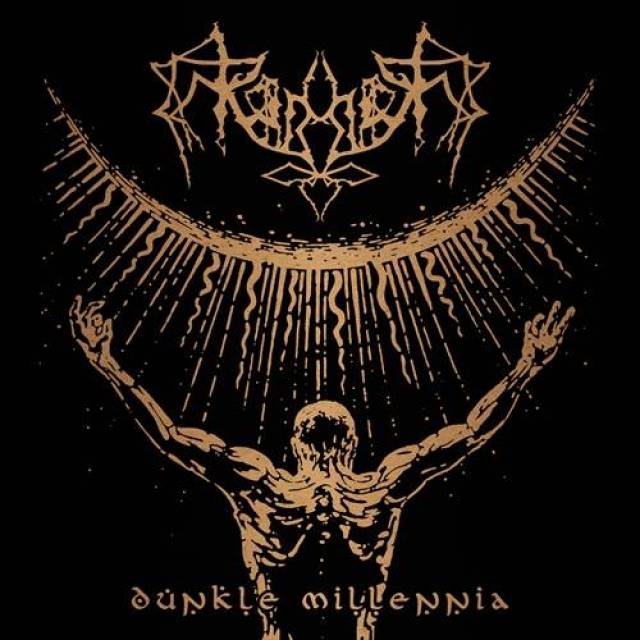 Kankar are a black metal duo hailing from Thuringia, Germany. The band began in 2016, and two years later had released their debut EP, Elemental Fury. Aptly titled, Elemental Fury indeed lived up to its title and then some: despite the relatively raw nature of the recording, Kankar's songwriting chops were already honed to an enviable degree. Proud was their power and forward was their movement, even when taking detours; strident and austere, their surge betrayed a depth of nuance and detail. And yet, this EP was just a first step...
Now, Kankar make their first grand statement with Dunkle Millennia, the duo's debut full-length. Immediately recognizable as Kankar but bolstered on every level - songwriting, performance, production - Dunkle Millennia literally bristles with an electricity that's undeniable. For a band still (proudly) black metal, the Kankar of now here evince an artistry that spans decades and even genres; one can detect trace elements of classic death metal, pagan metal, traditional metal, and even rock 'n' roll within the album's succinct-yet-expansive 45-minute runtime, and yet all of it's spliced and diced in a most fluid manner, and not once ever schizophrenic. In fact, the muscular-yet-finessed interplay between vocalist/guitarist/bassist Stríð and drummer Plágan suggests an almost symbiotic relationship, each ever-unfolding passage walking/surging down a thorny path but with the route known only to Kankar. Even with these increasingly tricky detours, the 11 component songs of Dunkle Millennia never suffer from information overload or convoluted expressions of such: everything is always felt, darkly and dynamically. Credit that feel to the gleaming(ly powerful) production of Markus Stock (Helrunar, Bethlehem, Empyrium, Secrets of the Moon etc.) at his renown Klangschmiede Studio E.
References to be made include everyone from classic Windir and Germany's Horn to more recent Satyricon and Vreid, from later Lunar Aurora and Skogen to even now-labelmates UADA, but Kankar are well on their way to etching out their own celebrated history with the startlingly developed Dunkle Millennia. The time is NOW to begin beholding its obsidian brilliance! 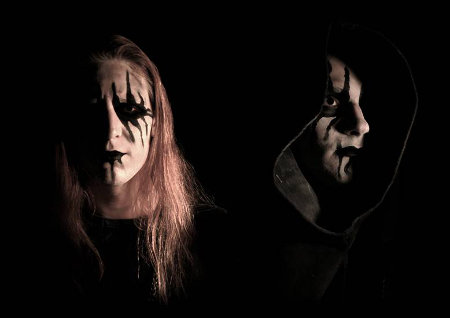