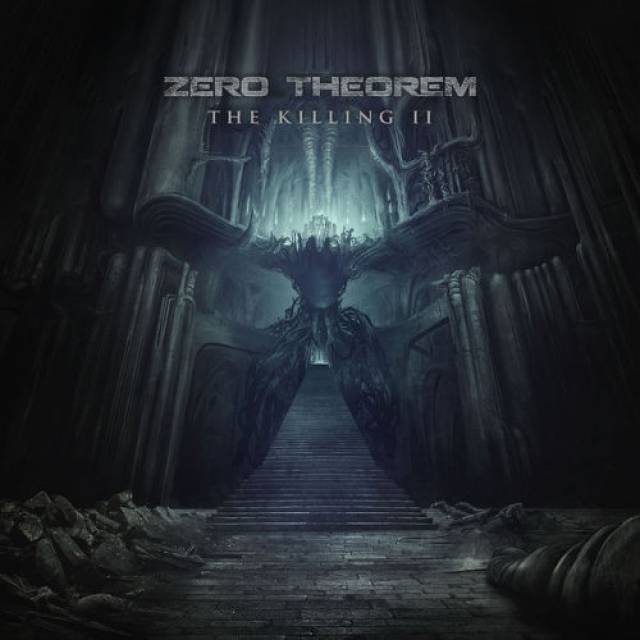 Throughout the existence of mankind, some times seem darker and more defining than others. And even though humanity has always been on the stride for the bright, most people can’t help but remain fascinated by the things that are mightier than what we could possibly control with our very own slick hands, as those have a tendency of failing to grasp a creation’s worth and significance.
For The Killing II, science-fiction-inspired, seemingly dark lyrical themes and bittersweet parallels to today's life are once again combined with striking guitar riffs and modernly approached metal elements that will once more remind listeners of top-tier acts such as Five Finger Death Punch or Disturbed, which Zero Theorem have been repeatedly compared to since the 2018-release of their debut EP. The independent quintet has teamed up with legendary producer Kane Churko (In This Moment, Hellyeah, Ozzy Osbourne, Papa Roach) for the two-part installment THE KILLING to push further into newfound sonic and textural realms of possibility. After the release of The Killing I in January 2020, the upcoming follow-up will bring this journey to a fulminant peak:
"The main theme of THE KILLING is the stripping away of all pretenses. For us, music offers a space for both contemplation and catharsis. The album as a whole represents a kind of reflection or struggle that requires pain and loss but culminates in the birth of a better self."
http://www.zerotheoremband.com
https://www.facebook.com/zerotheoremband
www.twitter.com/ztheoremband
www.instagram.com/zerotheoremband
www.youtube.com/channel/UCNgU-8REhKkf4MNaLbFFT_w

Rate this item
(0 votes)
Tweet
More in this category: « MARIANAS REST THE CROWN »