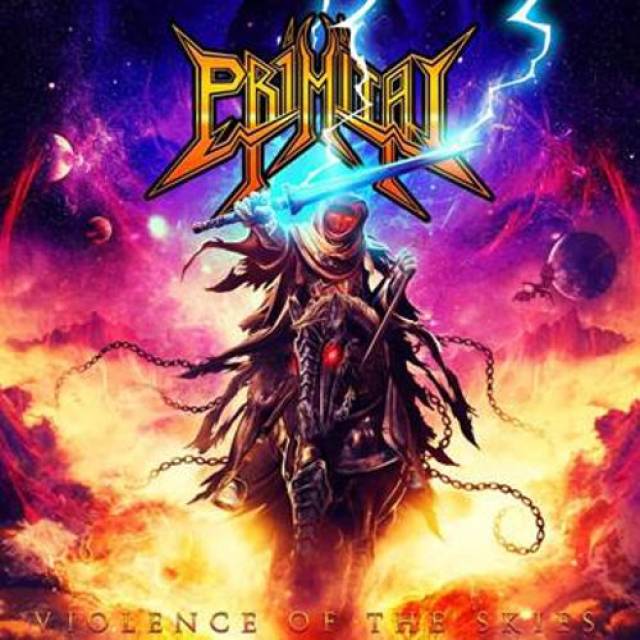 New album, “Violence Of The Skies”, out on March 26th!

Primitai’s album “Violence of The Skies” is a culmination of the growing achievements and team spirit of the band in recent years which saw their most extensive touring yet, conquering of new territories, and signing with Rock of Angels Records.
With their increasing confidence the band has pushed their classic metal influenced sound to the boundaries with power and progressive metal, much like bands such as Savatage or Queensryche did upon taking the torch from Iron Maiden and Judas Priest.
The sci-fi feel of the atmospheric synth and orchestral scoring complements the album’s space themed concept - a story about escaping the end of the world, seeking new victories and facing unknown dangers. Vocal recording, guitar recording, production and mixing by Tom Keech at Cedarfield Studios.
Drum and bass guitar recording by Pete Miles at Middlefarm Studios.
Guitar re-amping by Lasse Lammert at LSD Studio.
Mastering by Alan Douches at West West Side Music.
Album cover art by Stan W Decker.
Photographs by Andrew Rakkan.