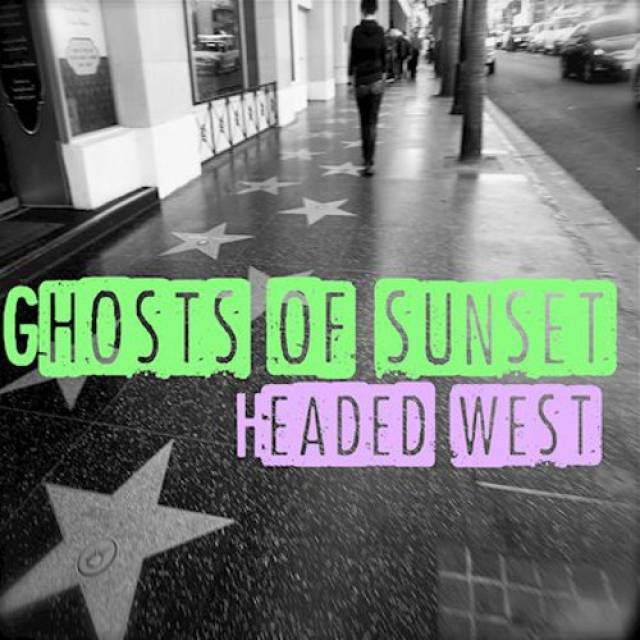 Headed West is the debut 6 track concept EP based on the 1980s rock/hair/metal scene, by Ghosts of Sunset, featuring John Merchant (ex- Dutch Henry) and Todd Long (ex - The Verve Pipe). It takes a fictional US midwestern band, their move to LA, and the rise and decline as the industry itself changes. They also invited a list of L.A. rock royalty to appear on the EP.
Ghosts of Sunset are proving that there is still a hell of a lot of life left in the hard rock/hair metal scene. Their 80’s Hollywood styled hard rock has caused quite a stir with their recent two singles Miles In-Between (approaching 100,000 Spotify streams) and Never Goodbye which is not far behind.
Ghosts of Sunset is the project of singer-songwriter John Merchant from Western Michigan, singer, songwriter, multi-instrumentalist Todd Long and they have now delivered another glam drenched new single Another Rock N’ Roll Show via Golden Robot Records. Apart from Long and Merchant the track also features Tim Mosher from Junkyard on Lead Guitar.
Ghosts of Sunset is the project of singer-songwriter John Merchant from Western Michigan, singer, songwriter, multi-instrumentalist Todd Long.
Their upcoming EP Headed West features the work of both Merchant and Long (who have made music for 30+ years for 615 Records Nashville, IDOL/RCA records, and independently) as well as a cast of musicians with their roots in the 1980’s hard rock/hair metal scene. The duo brought in outside musicians with resumes that include L.A. Guns, RATT, Enuff Znuff, KIX, Lita Ford, and more to complete the EP. Renowned producer Adam Hamilton (Missing Persons, L.A. Guns, Vains of Jenna, William Shatner, David Hasselhoff) was brought in to mix and contribute keyboards.
The concept takes a fictional Midwestern band and traces their move to Los Angeles, their rise to national touring artist and their decline as tastes and the industry itself changes. The story which has become common fodder for shows such as Behind the Music spoke to both Merchant and Long who came of age during the golden era which became known as “hair metal”. A term speaks to what many saw as a focus on style over substance.
The EP will be released globally by Golden Robot Records, presents the songs in chronological order and the listener not only takes the journey via the lyrics, but also in the production style and writing maturation process. As the six song EP moves along, the tone darkens, the themes reflect the bands disillusionment before ultimately circling back to making music for the “love of the game”.
https://www.facebook.com/ghostsofsunset
https://www.instagram.com/ghostsofsunset/

More in this category: « SOLSTICE DOBBELTGJENGER »