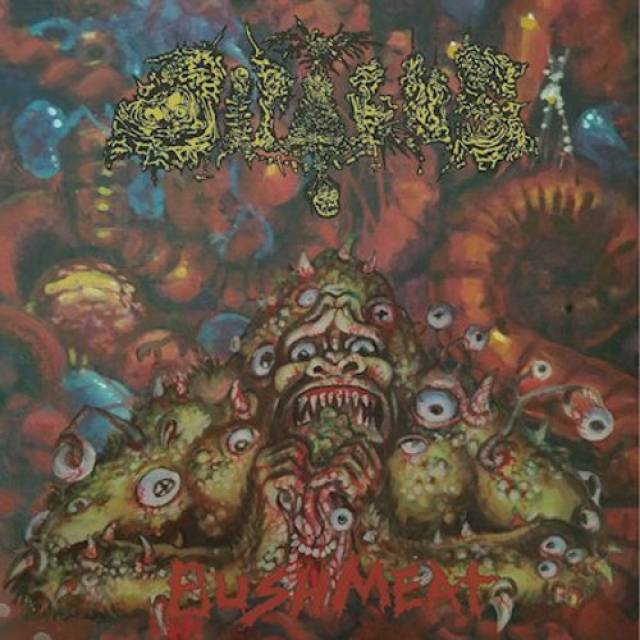 In their endless quest to push and support current underground acts that perpetuate the odor of vintage death metal, on January 25th, 20201, MEMENTO MORI is proud to present DIPYGUS' highly anticipated second album, Bushmeat.
Since the dawn of the Paleolithic age, mankind has recorded spectacular scenes of death, whether in scenes of cannibal feasts crudely etched on cave walls, massacres immortalized in glyphs adorning monuments of the ancient kingdoms, or in chance recordings of grisly accidents, compiled and sold on home video to those with a thirst for that which is denied to them by our "civilized" society. Spawned in the contaminated sewers of Santa Cruz, California in 2013, DIPYGUS began as a four-piece mutation performing rudimentary styles of death metal, a sonic evolution of the tradition continued from the time of Cro-Magnons. A 2015 demo recording, the earliest surviving documentation of the band, reveled in unexplained and bizarre events, including peculiar methods of whale carcass disposal and otherworldly monsters from on and off the silver-screen.
After a lineup change in 2016, DIPYGUS recorded the Long Pig Feast EP, which featured terrifying rites, ritual mutilations, and ominous sightings of a Mesozoic relic in the heart of the Congo. The first full-length album, Deathooze, slowly de-composed in the murky shallows of powerplant runoff in the Monterey Bay, ultimately being recorded in 2018. Though quickly banned in over 16 countries, the debut album - exhibited in North America by Expansion Abyss and Caligari Records - attracted immediate attention among slime fetishists and similarly deviant circles. Placed appropriately alongside the Fiji mermaids and other grotesque artefacts found in curio cabinets of modern-day antiquarians, Deathooze continued the band's exploration of inexplicable incidents, mysterious beasts and shocking carnage, including genuine audio recovered from a fatal attack at the hands of an ape gone mad!
Following their debut album, DIPYGUS was conjoined with an additional member, and began a new exploration in search of secrets hidden in the jungles of lost continents, where life is cheap. After successful initiation into the shadowy world of black-market cuisine, an agreement was reached with MEMENTO MORI for the release of DIPYGUS' second full-length recording, Bushmeat. Showcasing more exotic and repulsive themes of the supernatural and taboo, Bushmeat presents an uncensored and unrelenting spectacle, with each element of the previous work irresponsibly taken to a further extreme. A prime cut of raw and grueling terror, it is fit for consumption by headhunters, body-snatchers, toad-venom junkies, cargo cultists, aquatic ape theorists, disaster tourists, carriers of tropical disease, voodoo practitioners, and orgone revivalists only. All others have been warned...
MEMENTO MORI recommends DIPYGUS for fans of Autopsy, Impetigo, Undergang, Asphyx, and Nuclear Death. But why not enter the jungle in search of Bushmeat and find out for yourself? The album was tracked at Darker Corners Studios, the new venture of Matt Harvey (Exhumed, Pounder, Gruesome) and Alejandro Corredor (Nausea, Pounder), ensuring utterly crushing sound. And with mixing by Earhammer Studios and mastering by Mammoth Sound, not to mention form-fitting cover art courtesy of Doug Camp, DIPYGUS' Bushmeat is guaranteed to be a grisly good time! 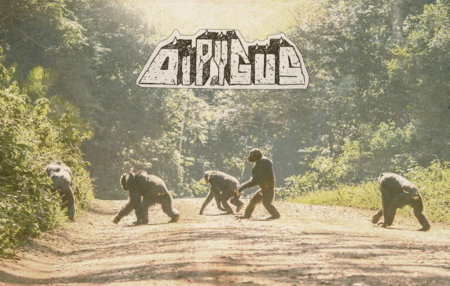