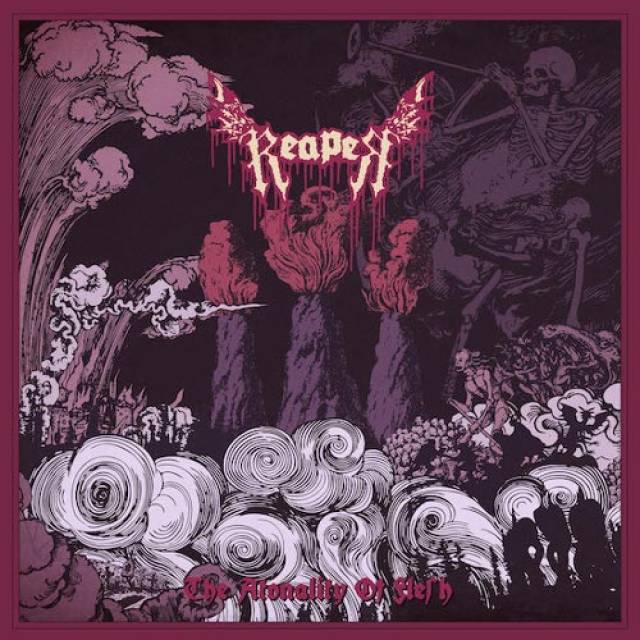 New album "The Atonality Of Flesh" out on March 3rd!

Like a blast from Bathorian dungeons, REAPER burst forth from muck of time eternal with their debut demo, Ravenous Storm of Piss, in early 2019 via IRON BONEHEAD. Ever aptly titled, this three-song firestorm whipped forth a fury of ancient witching metal, attacking with spell. While the scene was just beginning to take notice, REAPER dropped the nuclear bomb of their debut album, Unholy Nordic Noise, at the beginning of 2020 - and this time, everyone took notice. Indeed the hot "underground tip" of the year, REAPER reaped acclaim far and wide for their sulfurous, punkish First-Wave Black Metal Exclusively: familiar, yes, but done with such finesse, fury, and even fun that one couldn't help but submit.
Wasting literally no time, REAPER return a year later with their second long-form strike, The Atonality of Flesh. While no great changes have been made to their crude 'n' rude churn - thick and viscous is still their thrust, the latent D-beat discharging possibilities of life's destruction in a Covid-19 world, while the orkish vokills spill even more gism all over one's sanity and safety - the REAPER of The Atonality of Flesh is wilder, weirder, and altogether more haunting and harrowing. Riffs may go hard, but there's so much storm and stress here, it's as if tireless ghosts are chasing the unholy duo. Likewise, moments of pared-back repose make an appearance, such as on the aptly titled "Nightgaunts," and the attack altogether sounds...more serious, if you will. Then again, with titles like "Me, You and the Juices of Death" and "Piss, Bile and Violence," REAPER's tongue may be planted firmly in cheek - or places more salacious. Which is all to say nothing of the production, wielded so masterfully like a second instrument: ripped and raw and yet somehow gorgeously/ghastly layered, The Atonality of Flesh imparts a kaleidoscopic sensation that wholly transcends the tired first-album Bathory trope and approaches something akin to High Art...and then defiles it, over and over again.
Beautifully blitzed and taking no prisoners simply because there's no more space in their dungeon, REAPER deliver their second mini-classic in as many years with The Atonality of Flesh. 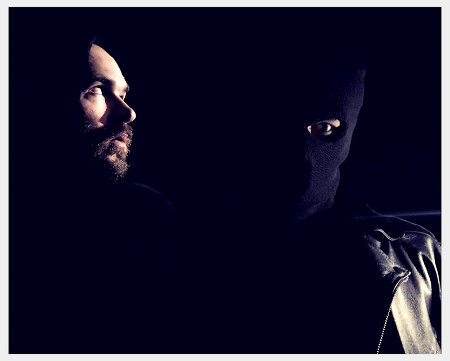 More in this category: « SINIRA EXTERNAL »